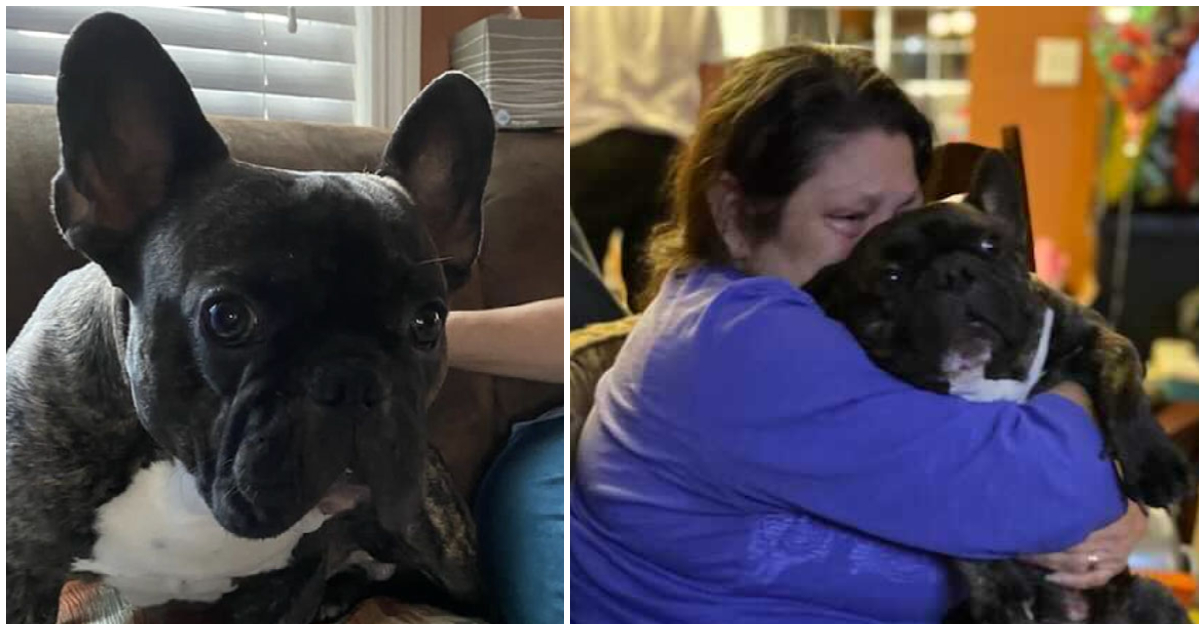 It’s always heartbreaking when your dog goes missing. After weeks or months of searching, you begin to lose hope that you’ll ever see your beloved pet again.

But you shouldn’t lose faith — there have been many stories of people miraculously reuniting with their dogs, even when all seemed lost.

Like one woman, who recently reunited with her missing French bulldog — even though he had made it to a different country.

Debbie Campbell, from San Lorenzo, California, is the owner of an emotional support dog named Brody, who suddenly disappeared on February 3 after wandering off, ABC 7 reported.

Her family began a large search operation, looking all over the area and posting on social media, but Brody was nowhere to be found.

Little did they know, Brody was south of the border.

It isn’t clear how Brody ended up in Mexico, but a man named Benjamin Gonzalez found the dog being sold by a man on the streets of Tijuana. He purchased Brody for $1,000.

However, Benjamin’s family soon recognized his new dog from the missing posters online, and he realized the dog wasn’t his after all.

Feeling a kindred spirit with the far-from-home bulldog, Benjamin resolved to get Brody back home to the States.

“I’m deported myself, and you know I’m out here by myself, so we could relate,” Benjamin, who was originally from the Bay Area himself but was deported from the US two years ago, told ABC 7.

He got in touch with Debbie and her family. They were stunned that the dog had been found, and in such an unexpected place.

“It took my breath away when I saw my dog laying on his couch,” Debbie said.

Debbie’s son drove across the border and picked up Brody, who had a sweet reunion with his mom. “We couldn’t be luckier,” the family said.

While some of the details of Brody’s journey aren’t clear, it seems he was stolen at some point to be sold.

According to ABC 7, dog theft is a big problem for French bulldogs, a popular breed with a high price tag.

There have been several recent instances of these dogs being stolen, the most prominent being Lady Gaga’s French bulldogs being taken from her dog walker in a violent robbery.

It’s important to take extra precautions with a highly sought-after breed like this, and as always it’s recommended you get your dogs microchipped, which makes it much easier to reunite lost dogs with their owners.

We’re so glad Brody is back home safe and sound. Share this great news!