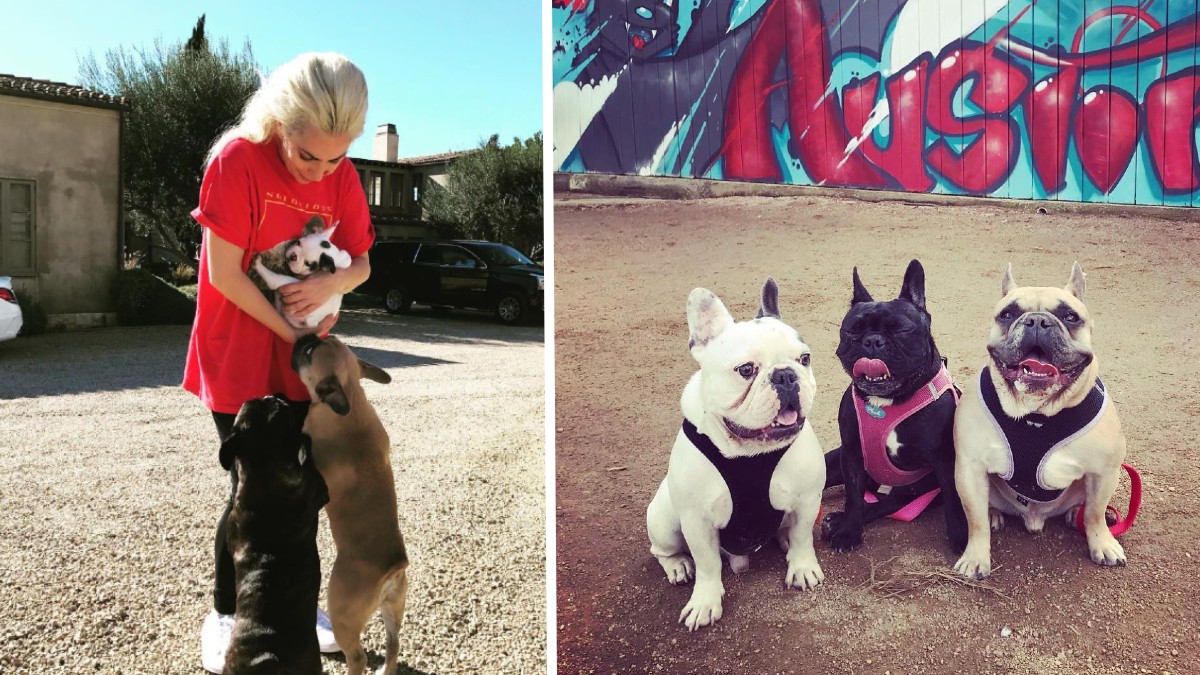 According to reports, at least one suspect is being sought after Lady Gaga’s dog walker was shot and two of the star’s French bulldogs were stolen.

Ryan Fischer, 30, was walking Gaga’s three dogs, Koji, Asia, and Gustav just before 10 pm Wednesday night in Hollywood, when a male suspect approached Fischer with a semi-automatic handgun and shot him.

The suspect took off with two bulldogs and fled in a white sedan, according to CNN.

A police report states that Koji and Gustav were stolen while Asia reportedly ran away and was recovered by police.

Gaga, who according to TMZ has been in Rome filming a new movie, is offering $500,000 for the return of her French bulldogs. Anyone who has the dogs is urged to contact [email protected]

Fischer was transported to the hospital in an unknown condition.

Los Angeles Police Capt. Jonathan Tippett told The Associated Press that Fischer, who was shot once, is expected to survive.

The investigation is still ongoing, and police do not know if the suspect or suspects were aware of the owner of the dogs they stole.

French bulldogs are expensive, so it’s possible they did not target Lady Gaga specifically.

I just hope Koji and Gustav are safely returned, and I hope her dog walker recovers as well.

If you have any information, please reach out to the Los Angeles police.