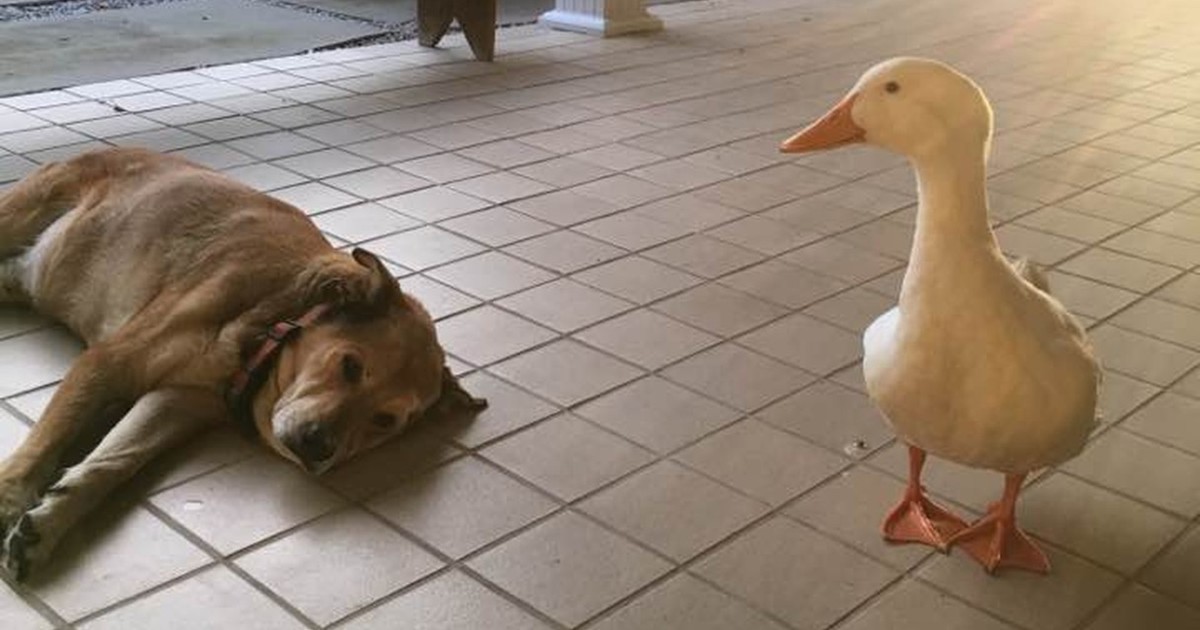 Losing a friend is never easy—especially when that friend is a soulmate—but the universe has a funny way of making sure we all have enough love, though sometimes that love can come from the most unlikely places.

Two years ago, George lost his best pal, Blackie, after 12 wonderful years together. The farm dog was heartbroken and couldn’t stop grieving. A couple times it looked George’s loss might been too much for him to bear, and he teetered on the edge of death. But then sunshine suddenly appeared in George’s life again in the form of… a duck!

The duck seemingly came out of nowhere, and just like that, George had a reason to live again.

“Since the duck has showed up, he’s been fine,” George’s owner, Jacquie Litton, told WKOW News. “He’s not wanted in the house. He’s not whined. He’s not meeting you at the car, ya know, looking sad.”

I’m so happy that George has a new friend! He and his duck friend are super sweet together—especially in the videos below.

Scroll down to check out some adorable pictures and videos of these two friends and read George’s owner’s story of how the unlikely friendship unfolded:

“George lost his partner “Blackie” 2 years ago this week. They had been together for 12 years. George has been heartbroken and has grieved with anxiety so bad that he has almost died twice.”

“And since the duck has arrived, George has not cried one time.”

“It is strange for a Duck to just appear at our house and be attached to your dog and even more strangely the anniversary week of Blackie’s passing.”

“God gave us animals and he made them without sin. They will love you unconditionally!! There is truly a lesson for all of us somewhere in this story of a Dog who has found his friend in a Duck…”

“I must say this Duck has found the Golden Egg because anyone who knows me knows this is one “Lucky Duck” I will take the best of care of him hoping that he stays around.”

Such an adorably sweet friendship! Please share this story to brighten someone else’s day!