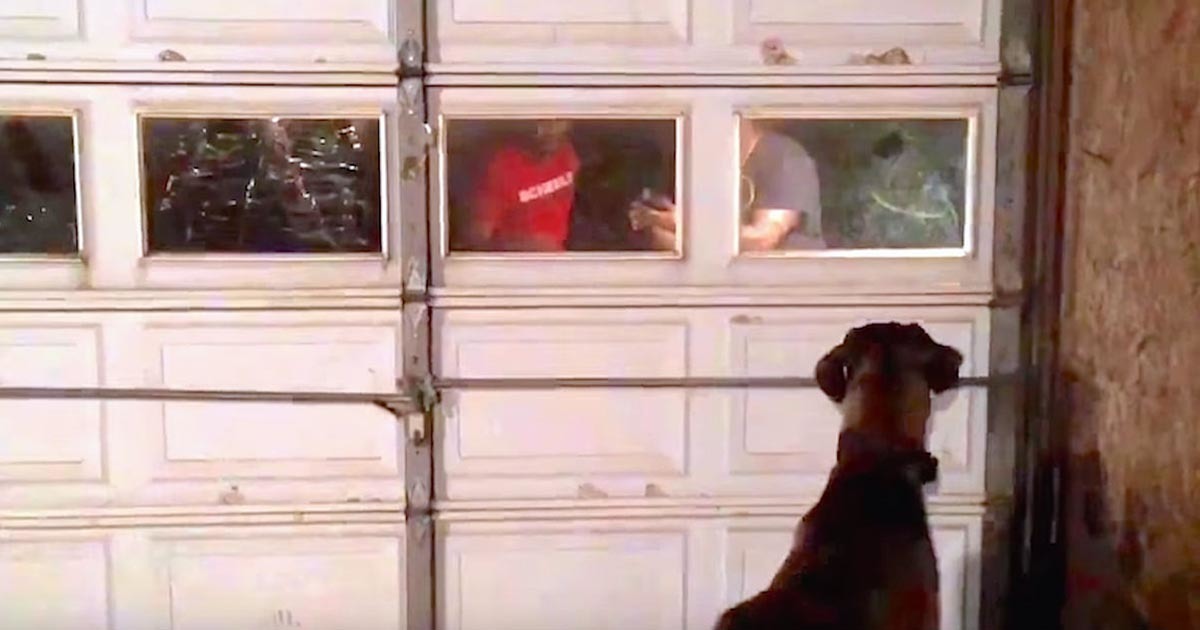 Back in 2012, Julio Gascon and his brother, Sam, brought an eight-week-old Great Dane named Duke into their family. Instantly, the dog became their best friend and brought sunshine into their lives. But when Duke turned one and the family was celebrating their second Christmas together, the unthinkable happened.

Julio let Duke outside as usual—but when he went to let the dog back in, Duke had disappeared without a trace. With broken hearts, the two brothers searched frantically for her beloved dog in the following days and months, but they never found even the slightest trace of Duke.

But then in March 2016, a miracle happened when the brothers got a call from a stranger 350 miles away.

This is Duke. He ran away in December 2013, and his owners, Julio and Sam, were completely heartbroken.

“For a while I was really going outside of the area, hoping that, and driving slow and hoping that I could see his head pop up over a fence or something like that,” Julio told Fox 25.

But Duke never popped up anywhere… at least for two years.

Then in March 2016, Duke wandered onto the property of David Walker in Navasota, Texas, more than 350 miles away. Walker took the dog to the vet to see if he had a microchip embedded in him. And sure enough, Duke’s microchip said he belonged to Julio and Sam in Oklahoma City and had been missing for more than two years.

Walker phoned the two brothers and invited them to come pick up their beloved dog. And the video of the reunion below brought tears to my eyes. After two years apart, both the brothers and Duke were over the moon to see each other again. Check it out below:

Please share this video so that more people can see this wonderful reunion!