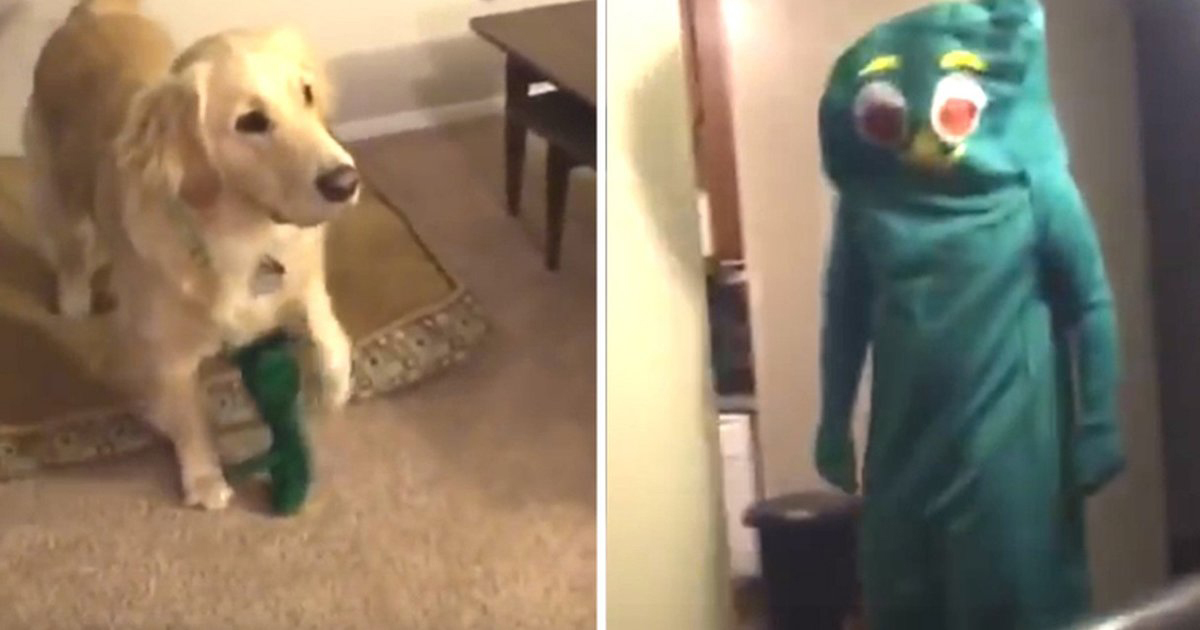 A real dog owner would do anything for his or her four-legged friend.

When he came up with this idea, Ben knew his beloved dog Jolene was in for a big surprise.

Her favorite toy is a dog toy version of Gumby, the flexible green character from American claymation franchise of the same name.

But what would happen if Jolene actually met a human-sized version of her favorite toy?

“Believe it or not, I already had the costume,” Ben told The Dodo.

Her reaction? It’s incredibly cute, and has already made millions of people smile.

Share if this video also put a smile on your face!