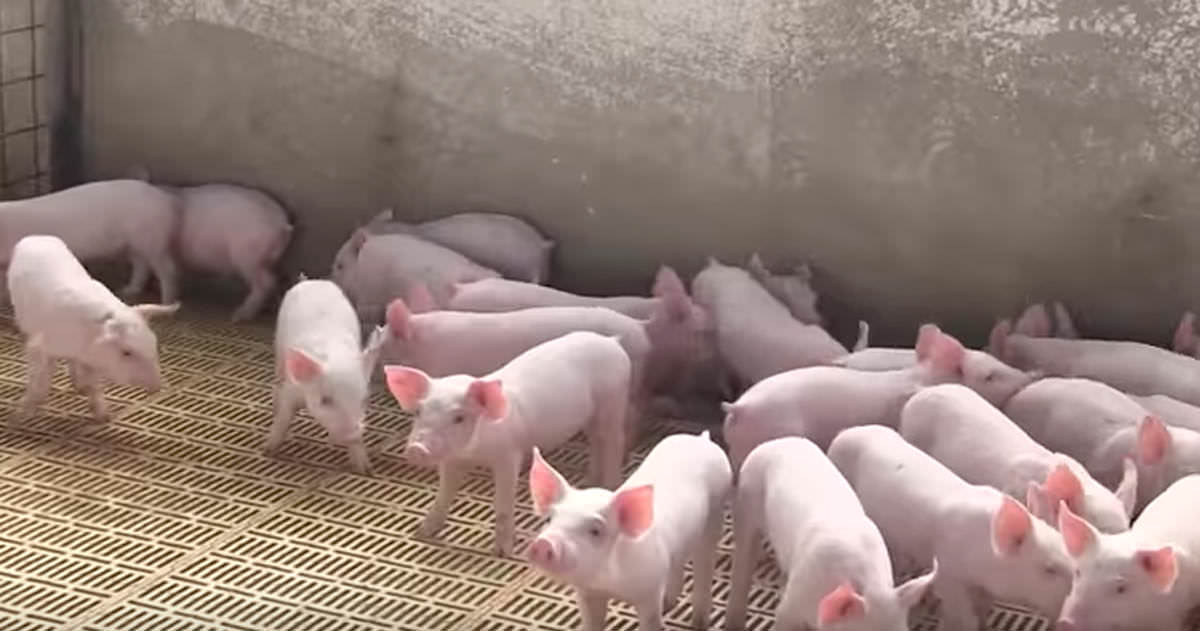 How a human being is capable of abusing an animal will always remain a mystery to me.

How can someone be so cruel and violent towards an innocent and defenceless creature?

This particular case of animal abuse is horrific and brought me to both sadness and fury but I still want people to know about this story — so that we can put an end to this.

A young man working at a farm in Spain, violently and viscously jumped on a group of piglets in a corridor. He jumped on the poor little animals multiple times, deliberately trying to squash them, all while he was being filmed by his colleague. 79 piglets were killed by the violent blows and several were left with multiple injuries, writes Todos Noticias.

The boys then shared the video on their social media profiles, the video was spread through the internet and has caused outrage around the world. The young men, later tried to justify their cruel and horrific act as just “a childish antic”, Todos Noticias says in the same article.

Now the Criminal Court of Almeria, Spain has condemned the two farm employees to 15 months in prison each for animal abuse.

That’s not all — they have also been suspended for three and a half years from any job which involves working with animals and have been fined a compensation of almost five thousand euros to the farm.

Although only one of the young men jumped on and squashed the piglets to death, the two men received the same sentence. This was decided by the court because of the same legal responsibility they shared over the lives of the animals on the farm.

This case is one of the most horrific things I’ve read about in a long time — I was left furious and shocked. Thank goodness these vile young men were held accountable for their actions and justice was served. You should NEVER abuse animals, they deserve the same love and respect as any other being on the planet.

The cover photo has nothing to do with this story.

Share if you agree if  with the prison sentence these two young men received.