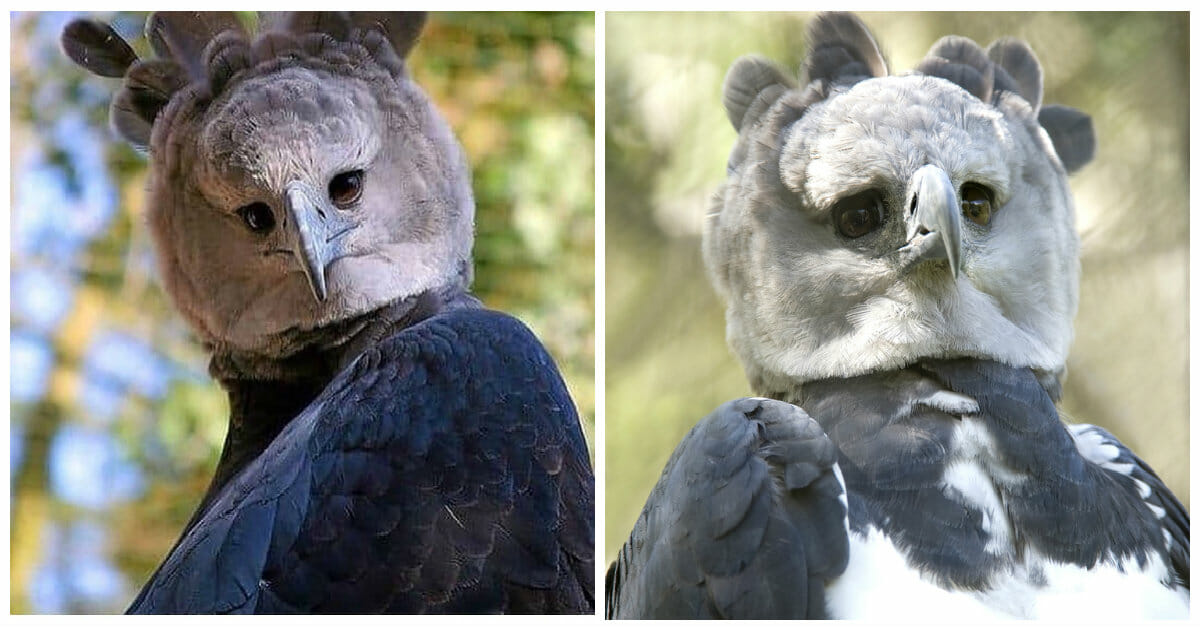 Eagles are always awe-inspiring. From the glorious golden eagle to the majestic bald eagle, this family of birds of prey is always a sight to behold.

But there’s one species of eagle is truly an unbelievable sight—a bird so large and so unique that it looks eerily human-like.

The harpy eagle, a native of Central and South America and the national bird of Panama, is one of the largest eagles in the world. According to World Atlas, the harpy eagle “has huge, strong talons that can compare to a bear’s claws and its legs can be as thick as a human’s wrist.” 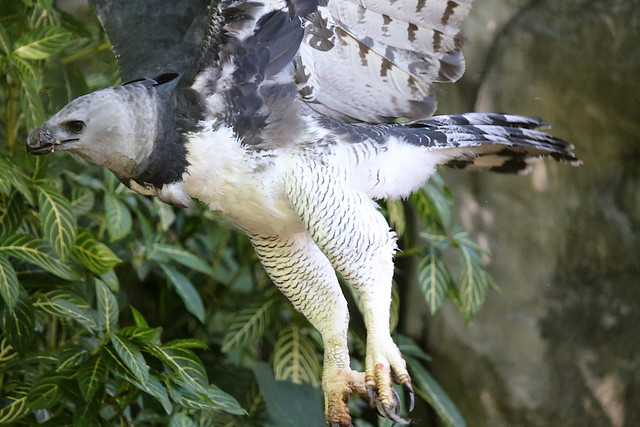 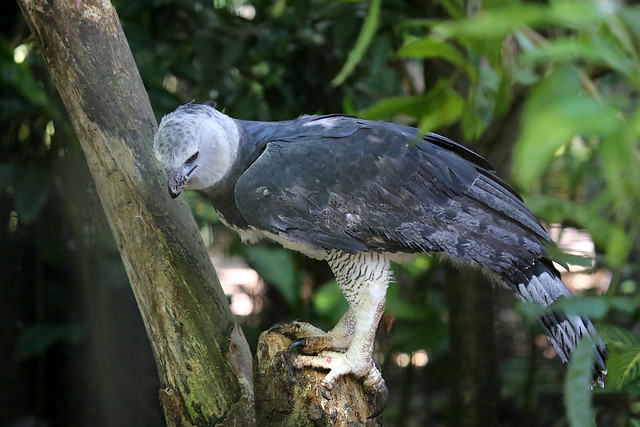 Handshake with a harpy eagle. Definitely falls in the “don’t try this at home” category.

The harpy eagle uses its claws to hunt prey like monkeys and sloths, which it can spot from great distances with its superior vision. Its wingspan can grow over 7 feet wide.

In other words, the harpy eagle is quite a force of nature.

Often photos of the eagle go viral online… and many people are fascinated by the birds’ strangely human-like features. Those expressive faces combined with their large size makes them somehow resemble a person in a bird costume:

The Harpy Eagle. Named after a Greek mythological monster. They are considered to amongst the largest eagles in the world. Reposted from @wild.planet 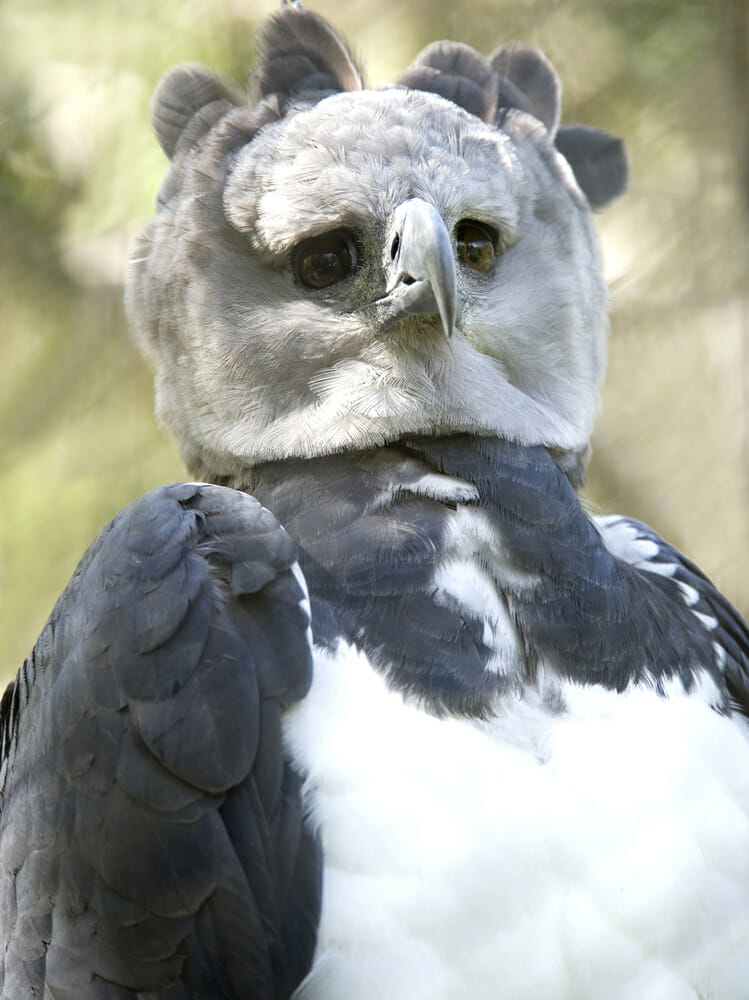 It’s true, a lot of these photos look a little like CGI characters from a Harry Potter movie, or halfway through the transformation in an Animorphs cover.

People have apparently been making this observation since the bird was discovered: the harpy eagle gets its name from the harpy, the mythical creature with the body of an eagle and the head of a human woman.

But you probably shouldn’t call them “creepy” to their faces. You don’t want this giant flying raptor with razor-sharp bear claws swooping after you: 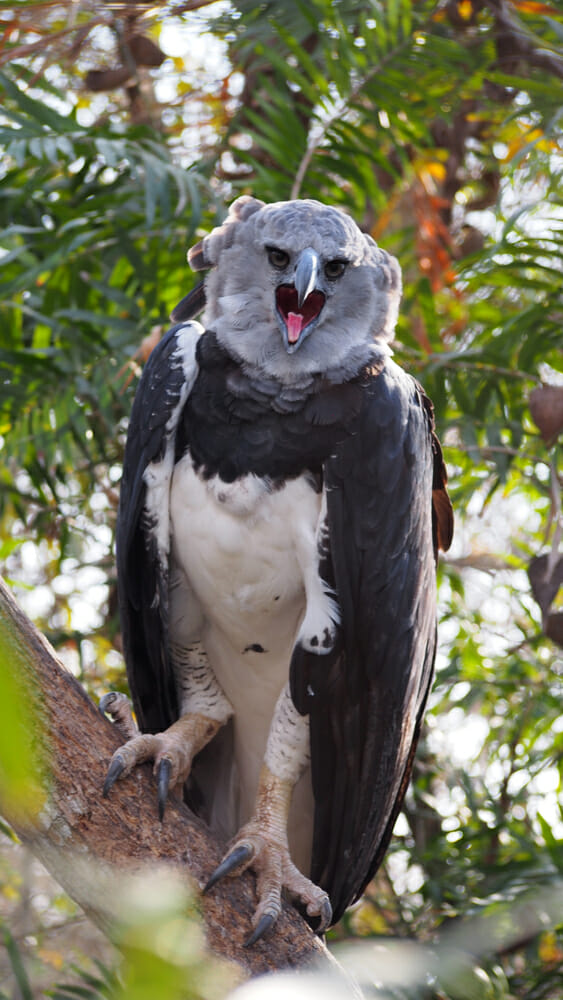