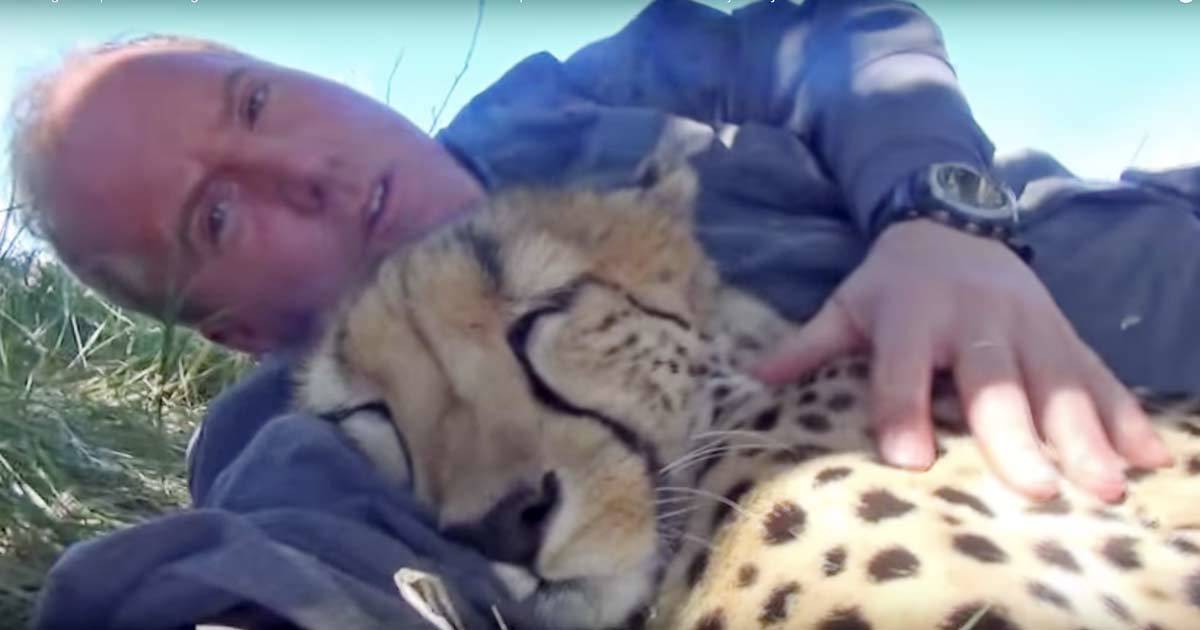 Dolph C. Volker has a quite unique friend. She approached him one day when he was sleeping under a tree. At first, Dolph was a little afraid of the cheetah, which has now been named Eden. But when he understood she didn’t want to hurt him, they became friends.

This is what Dolph writes about Eden:
True to Eden’s nature, she warmed up to me in days and ended up really liking me, so much so that I was able to trust her completely. The more she felt comfortable with me, the more she treated me just like another Cheetah which included the grooming, nibbling, biting, pacifying, purring, laying on me, and sleeping… cuddling up close to me.

In the beginning, when Eden was nibbling and biting him she was a bit rough, because she didn’t understand that humans can be quite sensitive. But after a while she adapted and began to be much more careful when playing with Dolph.

Eden lives in Cheetah Experience Center, in South Africa, together with other big cats. The Center works to increase the cheetah population and to protect the kittens when growing up. When they are big enough the are let out into the open again.

Here’s a video of Dolph and Eden cuddles together: