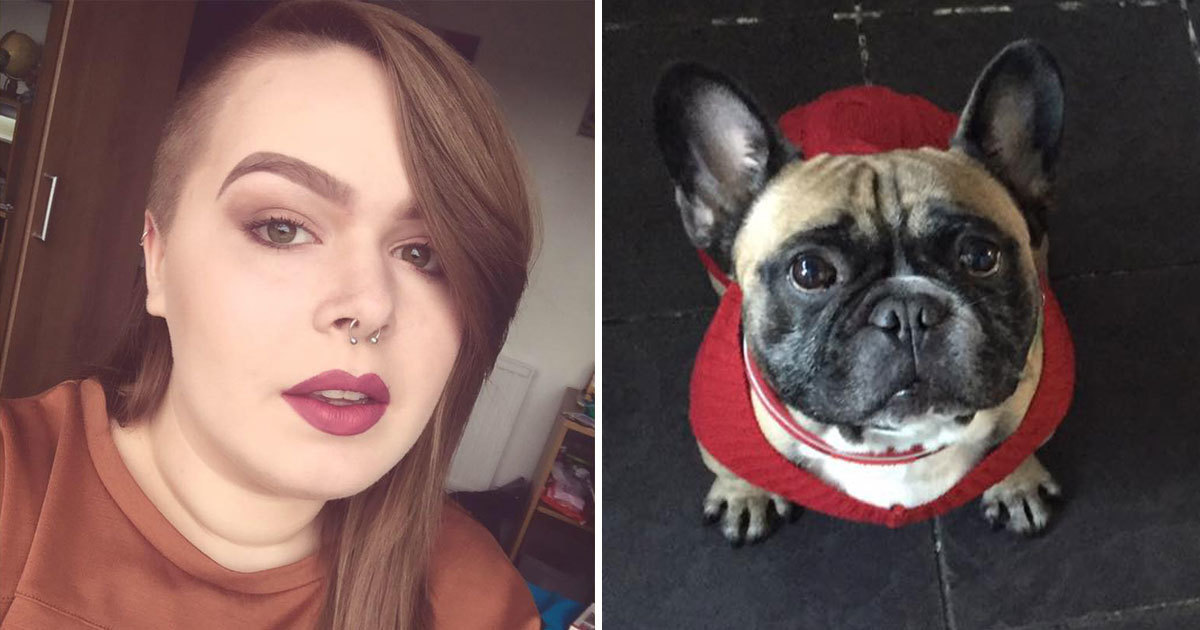 Eighteen-year-old Courtney Rogers was out walking her dog, Henry, when the unthinkable happened. After only 10 minutes, Henry started having trouble breathing. And only hours later, he was dead.

“I think a lot of people don’t realise dogs can get heatstroke so easily,” Courtney told British newspaper The Mirror.

Now Courtney is warning other pet owners about the dangers of dogs having heatstrokes.

Every year, we hear about dogs that have been left in hot cars, and most people know how dangerous that can be. But when temperatures get really hot, even a walk in the sun can be fatal for a dog.

Last Tuesday was the hottest day of the year in many places in the UK. In Mortan, where Courtney lives, temperatures rose above 85F (30C), so Courtney and her mom waited until the evening to walk their two dogs. And they even took water for the dogs to drink on the way.

But even though the temperature had cooled off a bit, 11-year-old French bulldog, Henry, still ended up having a heat stroke. He gasped and had difficulty breathing as Courtney laid him down in the shade.

Courtney and her mom didn’t dare take another step and called a friend to drive them home instead. Although they gave Henry a cold shower and wrapped him in wet towels, the dog didn’t feel any better, so the family drove him to the vet.

Henry had to stay at the animal hospital overnight and unfortunately, he never got better. At five the next morning, a nurse called and said that Henry wasn’t going to make it. The nurse said that the best thing for Henry was to put him to sleep. The family took a moment to think over the difficult decision, but when they called back the animal hospital 20 minutes later, Henry had already had already passed away.

Now, Courtney is reminding other dog owners not to take their dogs outside in the heat. After Henry’s death, Courtney wrote a long post on Facebook, where she wrote what happened. The post has now been shared nearly 20,000 people. Read it here:

It’s so sad that Henry died. Don’t let his death be in vain. Please share this with all the dog owners you know. Maybe it can save a dog from having a heat stroke.