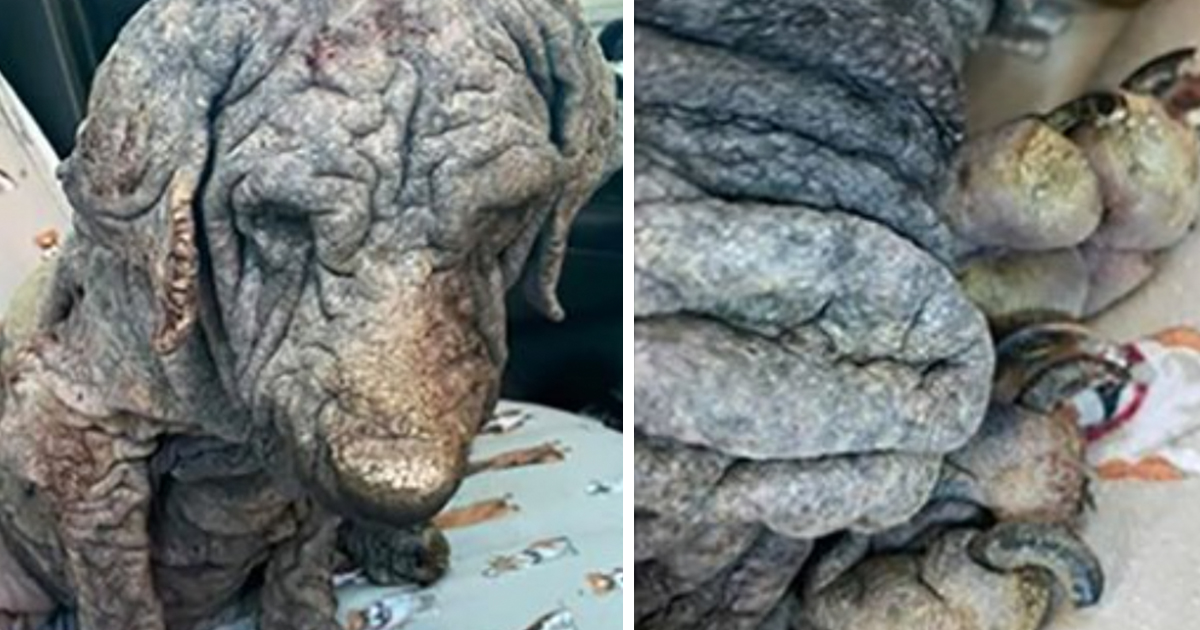 It was a shocking sight for one animal lover who spotted a dog in a terrible state wandering the streets of Houston, Texas.

The 5-year-old animal, later named Madelyn, had been so badly treated she looked like she was made of stone.

The veterinarian treating the poor pup said Madelyn was suffering from a heart condition.

Madelyn is now being looked after by animal welfare agency This Is Houston, which says she has been “completely failed by humans”.

In a statement from the agency staff said: “Her spirit is broken. Her fur is gone. Her entire body hurts.

“Her mind is wondering what she did wrong. Her heart is torn. This is what happens when a living animal is ignored for so long.”

Little is known about how she came to be in her horrific condition, and whether she had been abandoned by previous owners, the nonprofit said, adding: “She’s five years old and has been completely failed by humans.

“Can you imagine how many people saw her over those five years and ignored her? Our hearts break thinking about how her life has been up until this point.”

Madelyn is suffering from an enlarged heart, and further tests on her revealed she has heartworm – a serious disease that can cause severe lung disease, heart failure, and in some cases can be fatal.

Madelyn is now resting with her foster mom after an operation and has a “long road to recovery.”

This poor baby knew nothing but pain and misery, it’s so upsetting to think how long she was suffering until help arrived.

Help us say thank you to those that saved her by sharing this story. We wish her a future of health, love and happiness.