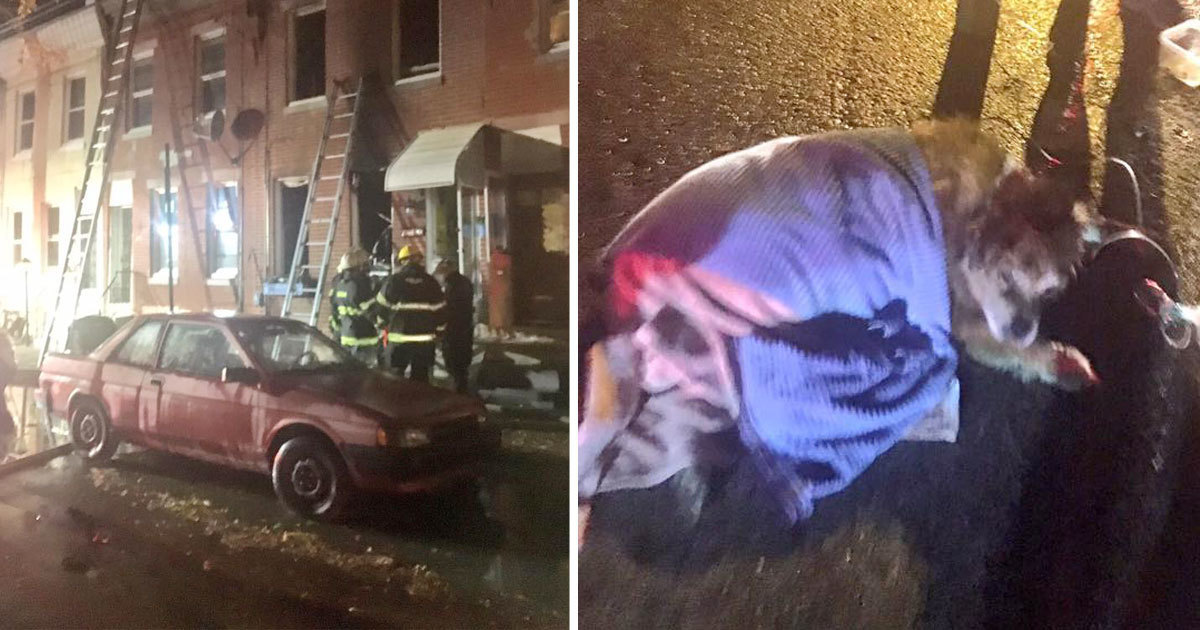 Dogs are highly intelligent animals—and Che is proof of that. She saved her owner’s life last weekend and at the same time risked her own.

What a loyal little friend!

Last Sunday morning, residents of a Philadeplia neighborhood woke up the sound of Che barking. The dog’s bark sounded different than usual, and she never barked so early in the morning.

Anthony Daly, who heard the dog barking, looked out of his window and saw that the entire first floor of Che’s house was on fire.

When firefighters arrived at the scene, they found Che’s owner, Andrea Bulat, unconscious with Che on her chest protecting her from the fire.

“The dog stayed on her chest the whole time, which prevented her from being burned totally,” another neighbor, Adele Butler told 6ABC Action News.

Despite the dog’s protection, 50 percent of Andrea’s body was burned and she was listed in critical condition. As for Che, the dog was also in bad shape when emergency services arrived at the scene. Firefighters had to revive her with the help of oxygen and she is now being cared for now at Red Paw Relief Team.

Fortunately, the animal organization is positive that Che will make a full recovery.

Che is a true hero. She saved her owner from becoming completely burned, and she also alerted neighbors about the fire.

“I’ve always heard stories of where animals would help save their owners. I’ve never lived one. Now, I’ve lived one. I’ve seen it with my own eyes. That’s a beautiful thing, you know,” said neighbor Thomas Leszcewics.

I can’t even imagine what would have happened if Che hadn’t acted so quickly! If you’d like to pay tribute to this canine hero, please share the article with your friends!