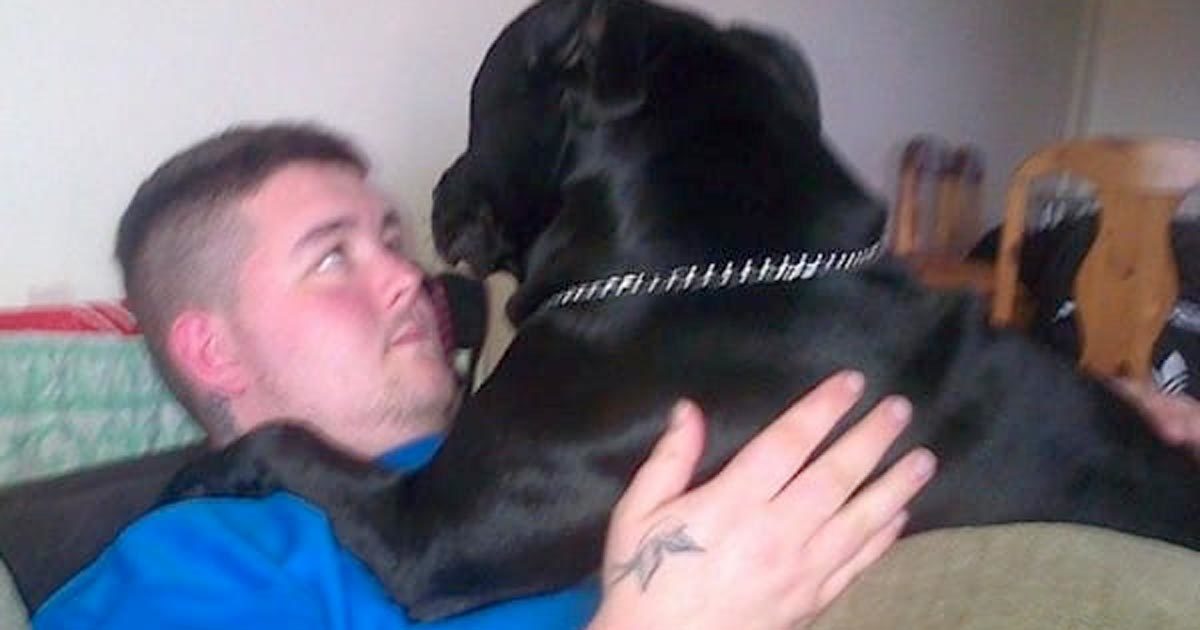 Byron became deeply depressed when his relationship ended. It went so far he started to plan to commit suicide. But then, his dog said no.

Byron had bought a rope and tied a snare upstairs in his home. He then went downstairs to write a farewell-letter to his family.

When he got back upstairs his dog Geo was waiting for him, with the snare in his mouth.

At first Byron thought Geo wanted to play, but instead Geo started to growl and became aggressive. He refused to give the snare back to Byron. And soon enough he had bitten it to pieces. The 6-year-old bullmastiff used to be very calm and nice, so this was not a normal behavior for him.

Byron believes Geo understood what he was up to, and hadn’t it been for the dog Byron wouldn’t have lived today. So Byron decided to live.

Sadly, Byron doesn’t know how long time Geo has left. The vets have found a tumor in Geo’s head and the cancer has spread to his muscles and bones. Now Byron is doing everything he can to rescue his dog, just the way Geo saved his life.

He has started a fundraising online to collect money to Geo’s treatments.

I really wish that Geo makes it and that his owner gets back on his feet and enjoys life again!