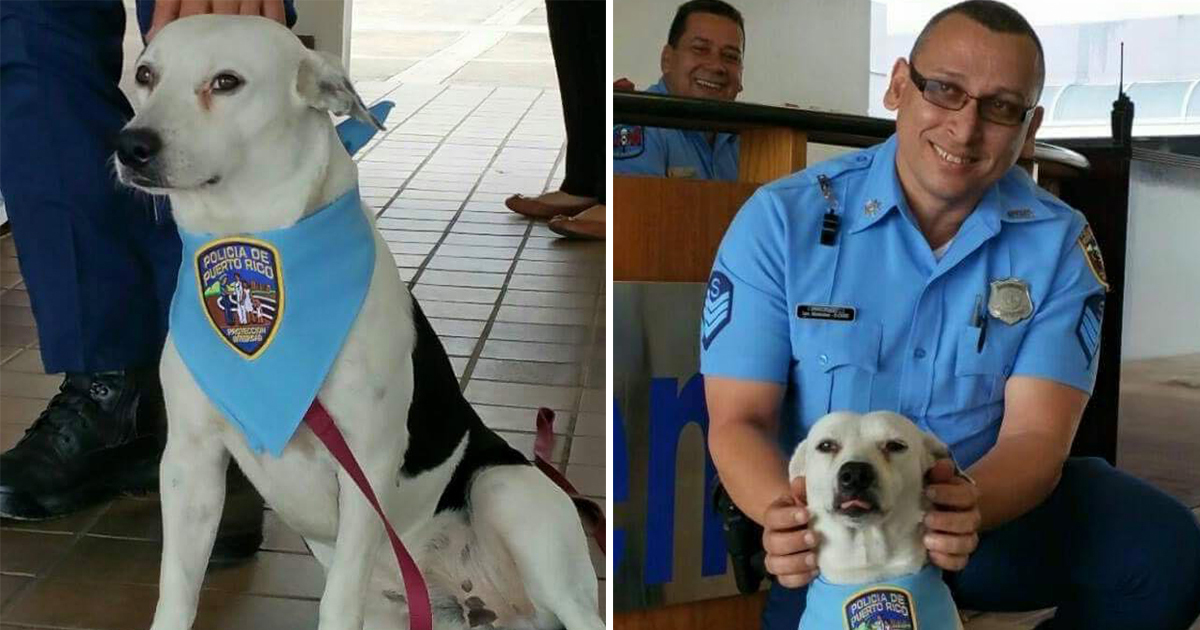 Getting your life back on track can be easier said than done, which is why it’s so extraordinary that a homeless dog managed to find both a new family and a new job on his own.

Police officers at a police station in Puerto Rico were surprised when a well-behaved dog named Gorgi repeatedly visited them—and the bond that formed between the four-legged cutie and police ended up changing his life.

When a lone dog visited a police station in Puerto Rico, the staff there quickly realized he was homeless. But there was something special about the little black and white doggie that set him apart other stray dogs.

Even though the dog had lived a hard life on the streets, he was calm and well-behaved.

Because the dog continued to visit the police station, the staff gave him a name: Gorgi. And after a short time, they decided to rescue him. They got him checked out at the vet’s and then appointed him as the sole member of the station’s K-9 unit, a job that Gorgi performs with pride.

See how happy he is.

Gorgi is thriving with his new family (and colleagues).

He seems to fit right in at his new home.

What an ambitious dog! From living on the street to having a big family and a important mission in life. Dogs are amazing. Please share if you agree!