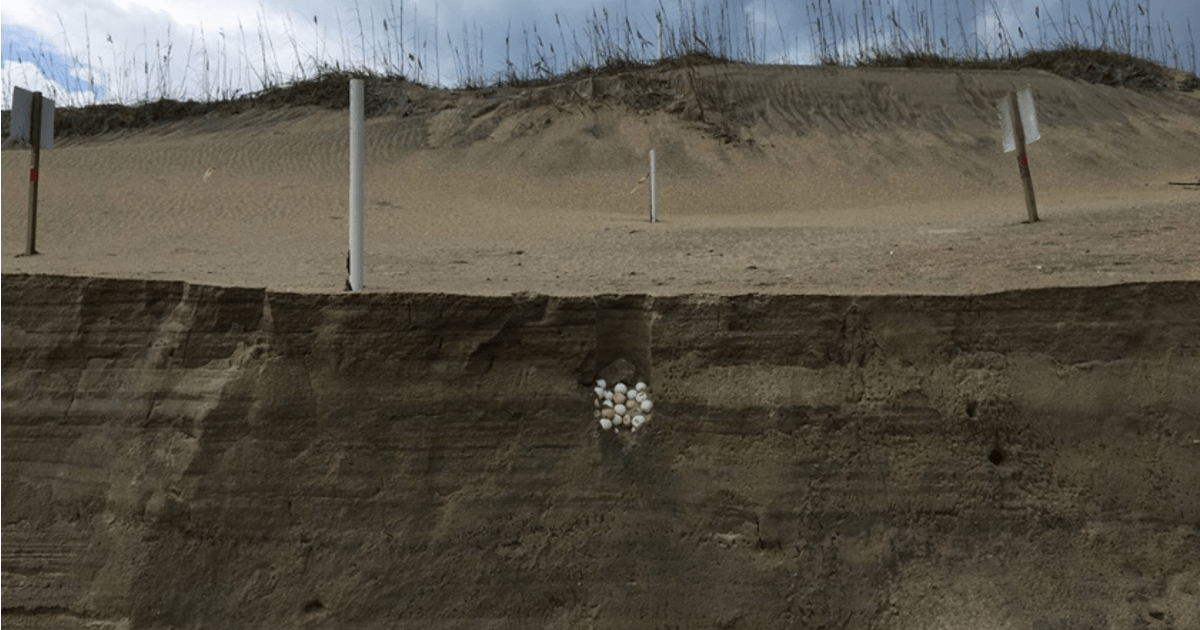 Hurricane Dorian caused extensive damage on the Bahamas, and as the storm made its way up the east coast of the United States, it wreaked havoc on coastal towns.

The storm, which was a Category 1 when it hit North Carolina, brought a storm surge that flooded homes and businesses.

“There’s probably not a house there that doesn’t sustain damage,” Donnie Shumate, a spokesperson for Hyde County, said, according to BuzzFeed News.

In addition to the countless homes that suffered damage, beach erosion was a major issue as well.

Before the storm, the Resource Management Team at Cape Hatteras National Seashore assessed the shoreline for active sea turtle nests. According to a post on the National Park’s Facebook page, staff discovered 166 nests.

After the storm passed, crews went out again and surveyed the area. They found that the “majority” of the nests were still viable.

“Despite the impacts associated with Hurricane Dorian, only approximately 15% of all this year’s record-breaking 470 nests appear to have been impacted from nest flooding due to overwash.”

While surveying the shoreline, staff came across this dramatic scene – an exposed sea turtle nest.

The sea turtle nest is precariously positioned on the edge of a six-foot escarpment, a result of beach erosion due to Hurricane Dorian. The park reported that over 75 nests remain along the shore and many of those nests have already shown signs of successful hatching.

This photo is incredible. I really hope the eggs in this nest are able to survive being exposed to the elements like this.