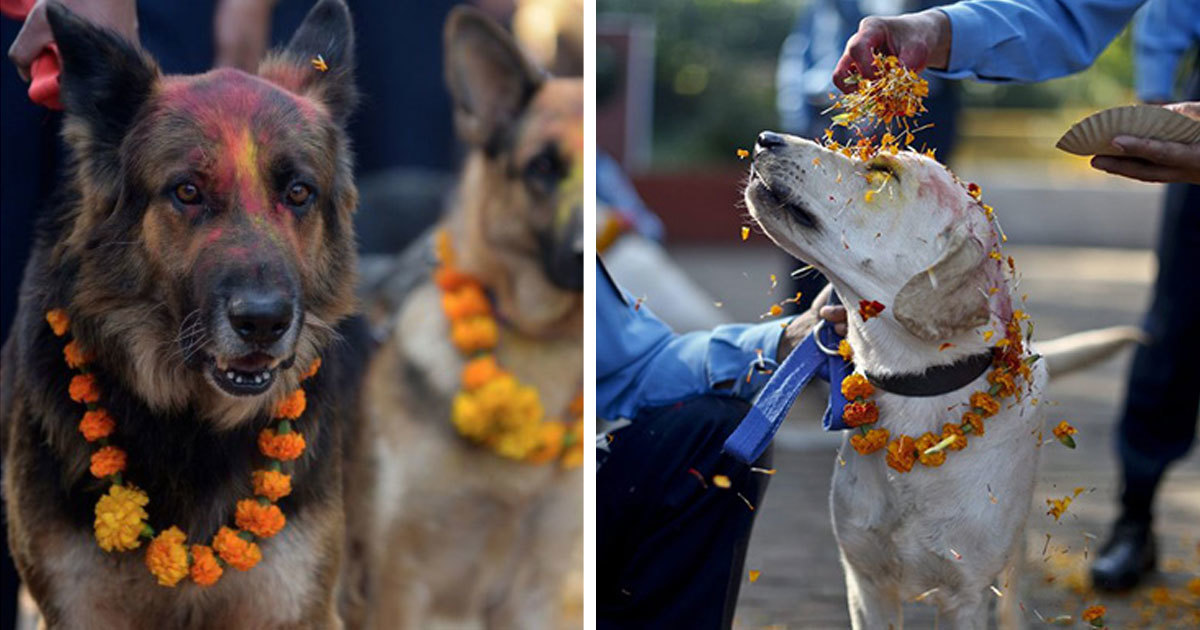 We commonly hear how dog is man’s best friend. But no one takes this more seriously than the Nepalese, apparently. Once a year, during their annual “Kukur Tihar” festival, dogs are adorned in garlands and colorful powder. It’s simplythe nation’s way of thanking the loyal pets for their well-known sense of friendship and devotion toward man.

Every year, Eastern “Diwali” festivities, referred to as “Tihal” are celebrated in Nepal. But one unique aspect of this time in Nepal is that the second day of Tihar in Nepal is entirely devoted to celebrating our four-legged friends – dogs. They call the day “Kukur Tihar”, a special day meant to thank and venerate dogs for their loyalty and friendship.

On this day, dogs wear special garlands around their necks, in honor of their humble devotion to man.

Their faces are adorned with a harmless powder, to symbolize that they are sacred.

Here’s another great photo from Kukur Tihar in Nepal.

After news of the “Kukur Tihar” celebrations in Nepal spread, it has been praised by thousands of animal lovers throughout the world.

Popular US site Reddit saw many begin posting up photos of their own dogs wearing a symbolic wreath around their necks and with colored powder on their faces. Love!

Agree that dogs deserve to be venerated for their wonderful loyalty and friendship? Please like.