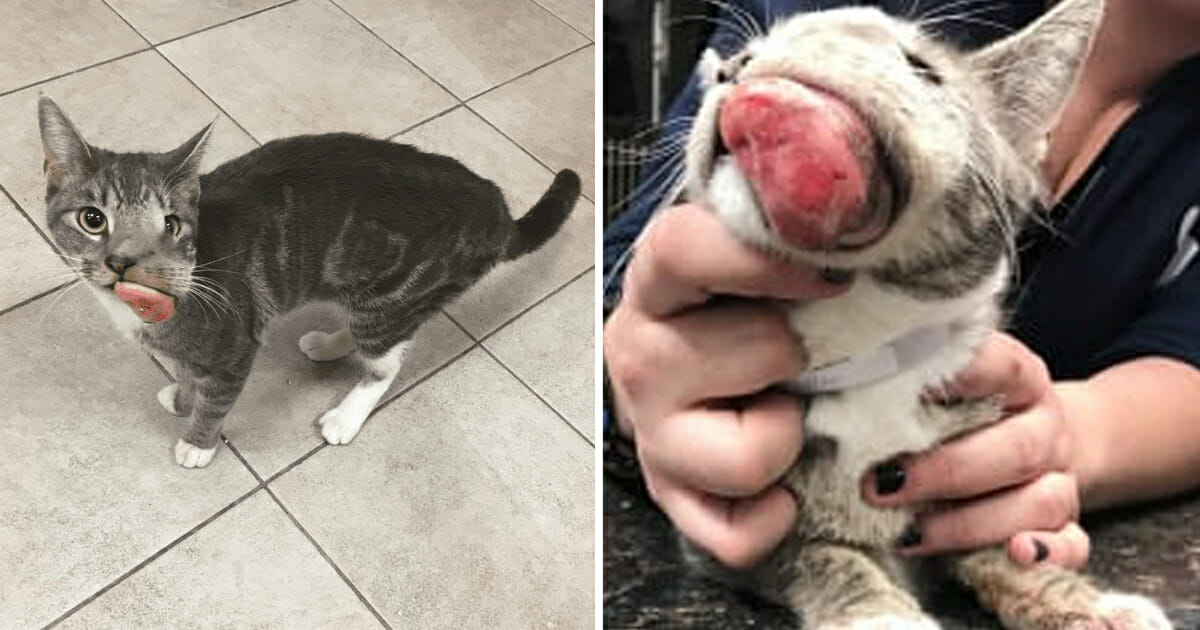 The adorable little feline was found alone on the streets of New York in October and quickly taken in by an animal care shelter.

Only, things weren’t as straight forward as they seemed. Due to the fact that Keta had a large tumor on the left side of the face, most of the team at the shelter believed she needed to be euthanized.

The poor kitten wasn’t given much of a hope. It would be costly to care for her, and since she was a stray anyway her outlook was bleak. Thus was she signed up for a kill shelter.

Fortunately, she didn’t have to spend long at the place where she might have been put to sleep.

Keta’s story came to the attention of Kristin Livan, vice president of the non-profit organization Unwanted NYC Pets. The organization looks after animals who have been ignored/abandoned by other people, working to give them a second chance in life.

The 10-month-old kitten was taken away from the kill shelter and the organization began raising the necessary funds for her surgery.

It wasn’t long before Keta’s story picked up traction. People in the local community donated funds, as did others from outside of it, and the organization soon had enough to treat Keta and find her a loving forever home.

At the same time, the rescuers remained realistic concerning Keta’s chances. The tumor was so large in size that rescuers hadn’t seen anything like it before.

“The tumor was so large it popped out of the bottom of her mouth,” Kristin told the NY Post. “I have seen a lot in my rescue career, and it was bad. It was jarring, very upsetting and very disturbing.”

Because of the tumor’s location – covering a significant part of her face – the kitten had difficulty eating, seeing and even breathing.

Her first slice of luck came when initial tests showed Keta’s tumor to be benign.

That said, it still needed to be removed, with the animal organization shelling out almost $4,000 (paid in part by their own money) so Keta could have the procedure she needed.

Kristin knew the chances of a full recovery were slim, but she was prepared to risk everything so that Keta could have another shot at the life she deserved.

“We didn’t expect her to come out on top,” Kristin explained. “We thought half her face was going to be completely removed.”

However, despite the damning odds, Keta’s recovery went according to plan.

What’s more, the scars caused by the operation soon faded, her appetite began to improve and her eyesight returned with the tumor’s disappearance. Within just one week, the kitten was fighting fit.

“She was out of the hospital within five days, playing with toys, chasing things. She’s very silly,” Kristin said.

After a long and gruelling battle, Keta was finally whole again, with the animal organization hoping that someone wanted to adopt her as their own little Christmas miracle.

As it happened, they weren’t forced to wait long. A family got in touch with the Unwanted NYC Pets organization and they quickly fell in love with Keta. She’s now thriving in a loving and happy home, which is great news!

It makes my heart warm to know that Keta’s out of the woods and can now enjoy her life moving forward.