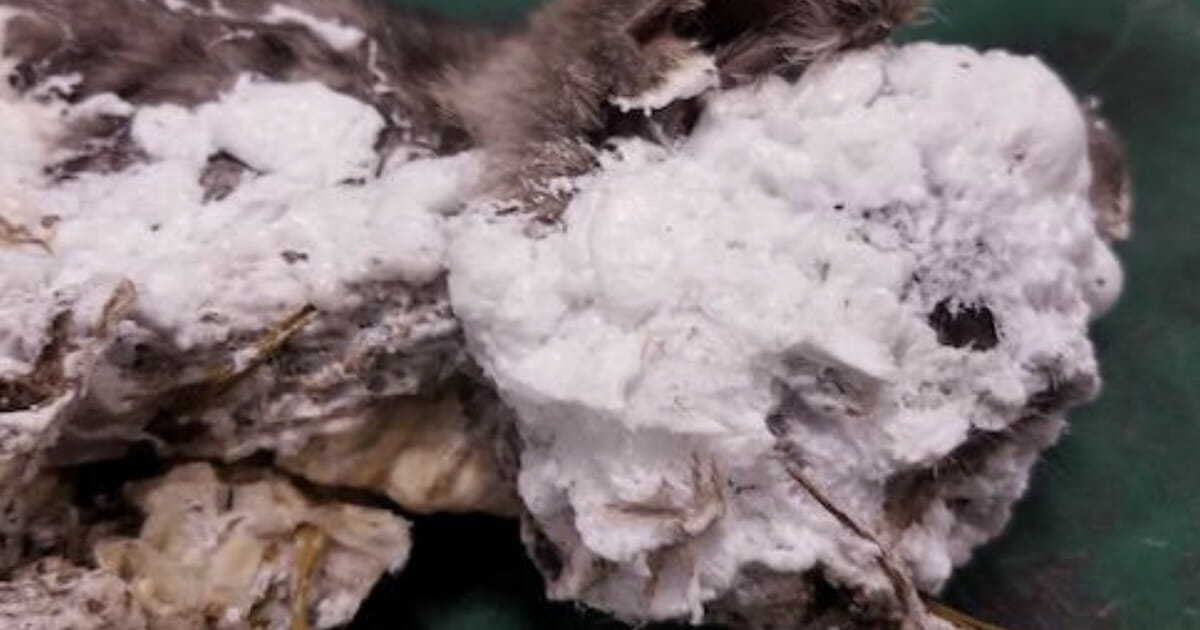 There is never an excuse for animal cruelty, but unfortunately, it’s quite a common practice for pet owners to abuse their furry pals. For every person who showers their pet with love and affection, there’s someone out there who is horribly mistreating a poor defenseless animal. While we try to raise awareness of this kind of behavior and bring the criminals to justice, it breaks our hearts to see pets abused to the point until which they are unrecognizable.

This was the case of one unfortunate kitten, who had a rough start to life.

According to Fox News, a garbage disposal worker was trying to empty a trash can near Hillsboro, Oregon using a hydraulic arm when he realized that the ‘trash’ in the container was not coming out.

Then, he heard the whining.

Per the Washington County Sheriff’s Office’s news release about the incident, “Upon further inspection, he noticed a small cat, encased in spray foam, hanging upside down from its back legs.”

The garbage disposal worker ruched the kitten to the Hillsboro Garbage Disposal where rescuers worked to free the terrified kitten from his trap. Then, the 8-week-old was taken to a veterinarian for further care.

Dr. Diane Healey with the Hillsboro Veterinary Clinic told FOX12, “He looked like something out of a Halloween horror show. It obviously hadn’t been there too terribly long, or he would have suffocated, the head was covered, the face was covered, the legs were stiff, he couldn’t move them.”

As of now, there is no word on who the criminals in this case may be, but the Washington Sheriff’s Office is searching for them. 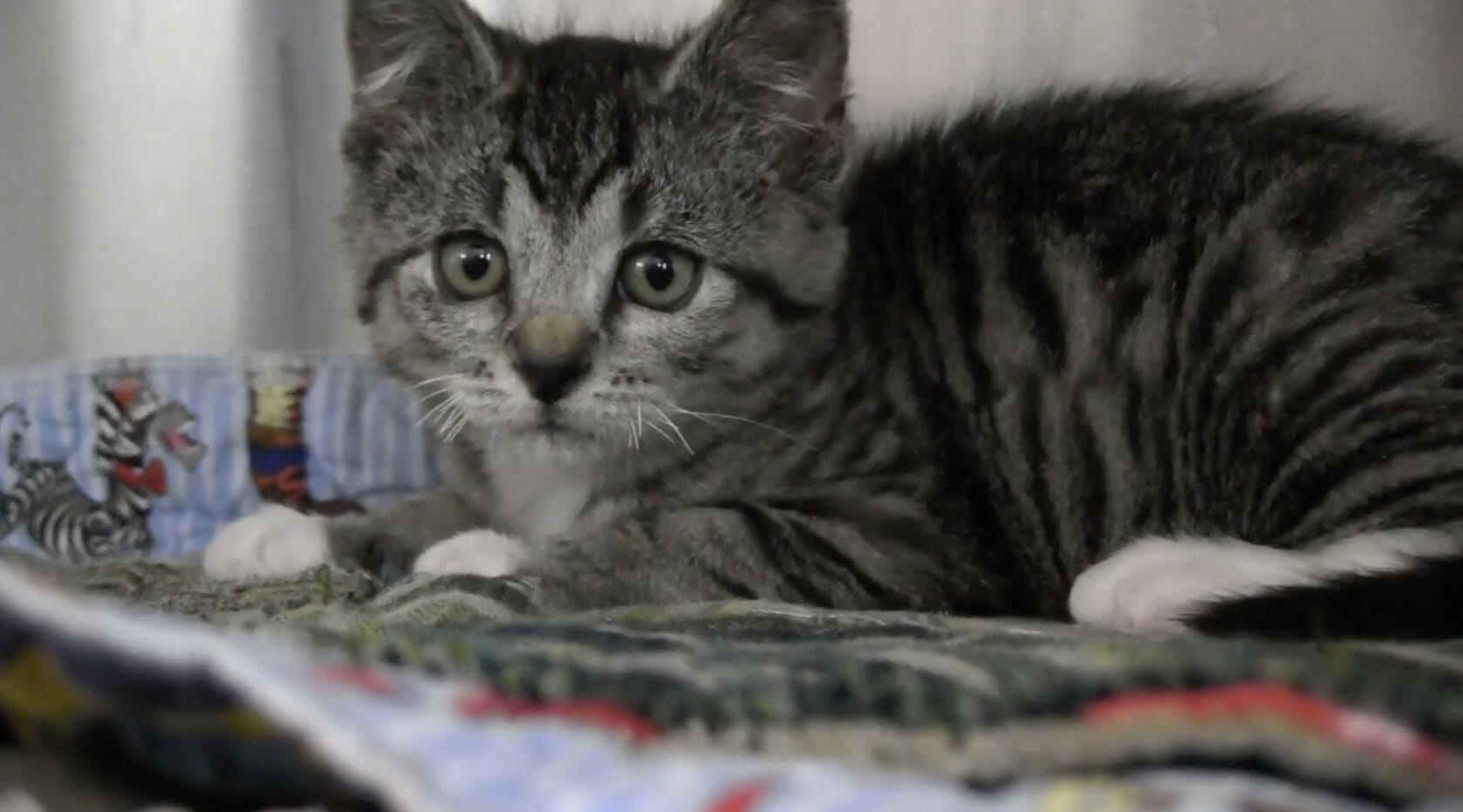 In the same press release, the police say, “The kitten is recovering at Washington County Animal Services’ Bonnie L. Hays Small Animal Shelter and is expected to make a full recovery.”

We wish this precious animal a speedy recovery! Hopefully, he will be adopted into a loving family and won’t have to through such a terrible ordeal again. Please share to help the police find these criminals!