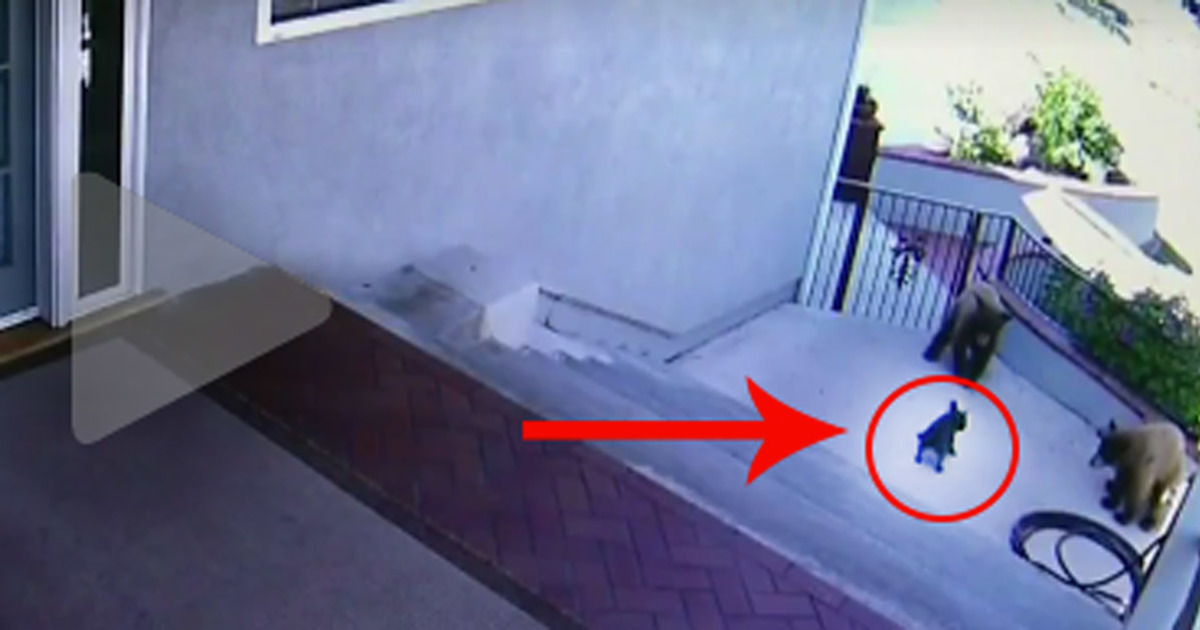 The Fernandez family lives by the Monrovia Foothills, Los Angeles, US, where a forest fire nearby has been pushing wildlife searching for food into the surrounding residential areas. Good thing they have a guard dog — a twenty pound french bulldog named Jules. But while she may be small, she is fierce. She proved just how fierce over the weekend when she single-handedly chased three dangerous 100 pound bears off her property, protecting her owners and their two young children along the way.

When the three bears entered their property, the 20-pound dog didn’t hesitate.

“It blew me away, I couldn’t believe it — that she turned into a wolverine,” says Jules’ owner, David Hernandez.

“There’s nothing more dangerous in a forest than a mother bear. Nothing.” David says, who has boarded up his young daughter’s windows to prevent any bears from sliding her window open.

For her heroics, Jules got a bath, treats, and lots of kisses.

Watch the full video report below:

I was absolutely amazed with this little French Bulldog! Pass this great story along if you were too 🙂