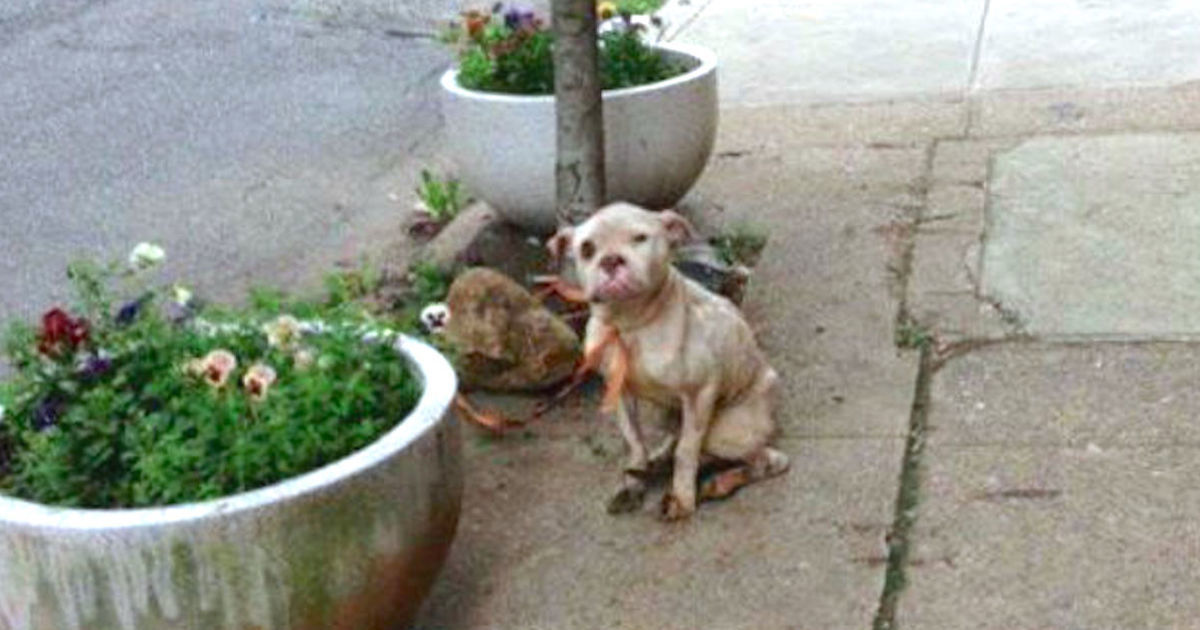 Post officer Dan Targonsk was out delivering mail in Philadelphia when he came across something he simply couldn’t ignore.

There on the hot sidewalk was a dirty, starving dog.

The boxer, who was named Honan, was wilting in the sun. She was tied to a tree and didn’t have any food or water.

But instead of petting the dog and continuing on his route, this amazing post officer chose to teach us all a valuable lesson in kindness.

Post officer Dan Targonsk rushed to get the dog some food and water.

Then, he called a local animal rescue organization in Philadelphia and stayed with the dog until they arrived.

The kindhearted people at Adopt a Boxer Rescue took in the dog and named her Kuperus.

They discovered, among other things, that she had a large wound on her head, caused either by a bullet or a knife. The boxer also had a broken jaw and needed to have several teeth removed.

Despite the terrible abuse and neglect that Kuperus suffered, she almost immediately showed how sweet, loving, and charming she was behind her rugged facade.

“It boggles my mind how she craves attention,” says Dawn Karam, founder of Adopt a Boxer Rescue. “She really wants nothing more than to be touched… even after some terrible human beat her and left her to die. Simply amazing.”

While Kuperus recovered at a foster home, Adopt a Boxer Rescue worked tirelessly to find out who abused Kuperus.

It’s unclear whether the organization managed to find the person or persons responsible, but in July 2013, Kuperus was adopted by a loving family.

She got the life all dogs deserve and mail carrier Dan sometimes stops by to say hi.

After she was fully healed, Kuperus made several television appearances and won the hearts of dog lovers around Philadelphia.

Hopefully, this story helps more people realize how many people refuse to stand by and watch when animals are abused. Maybe even Kuperus’ former owner will learn this important message!

Please share this story with all your friends who love animals.

If more people were like mail carrier Dan, the world would be a better place!