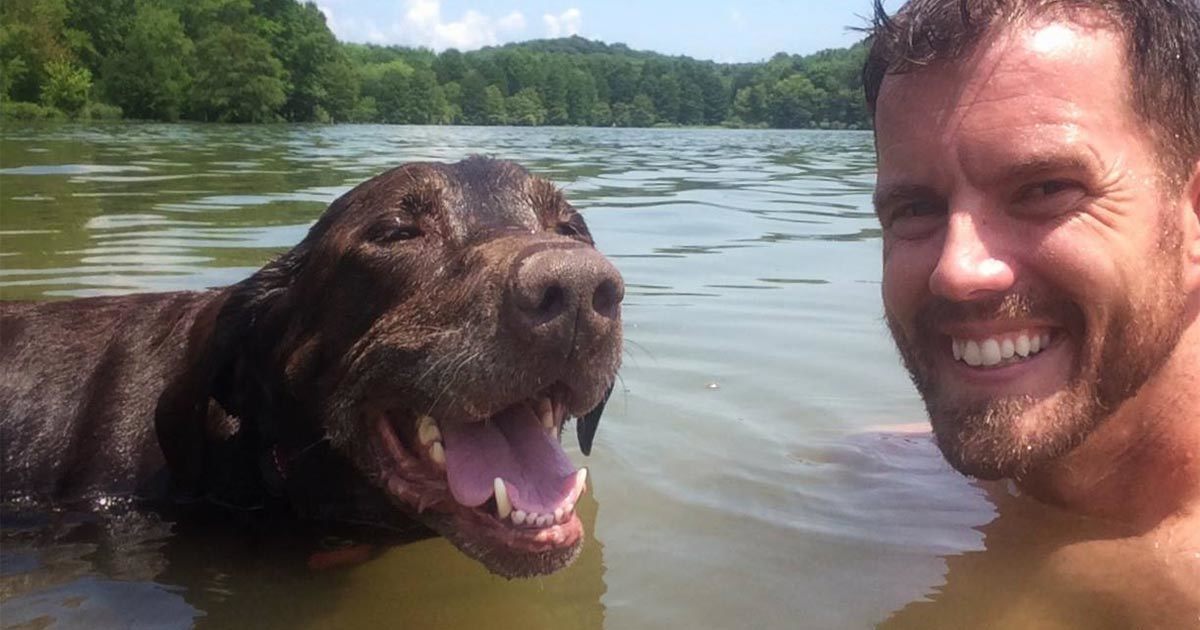 The bond between dog and human can be at least as strong as the one between child and parent—maybe even stronger sometimes.

For Robert, the bond with his dear dog, Bella, was just as strong as can be. But one day he got a terrible message, when he found out that Bella was terminally ill.

So Robert decided to give her all the love he had and take her on a journey she’d never forget.

Labrador Bella and her owner, Robert, had been inseparable since the dog was a little puppy. They’d been through everything together and stood by each other.

But one day, Robert noticed something strange on one of Bella’s paws. He brought her to the vet, where he received a heartbreaking message.

Bella had bone cancer, but there was some hope. The vets might be able to contain it if they amputated the leg where the cancer had taken hold. Robert was in shock, but decided without hesitation that Bella’s leg should be amputated. But after surgery, there was more bad news. The cancer had spread to Bella’s lungs, and the veterinarians told Robert that his dog only had three to six months left to live.

Robert was in shock. His best friend of so many years would be taken away from him in the near future. He realized that he wanted to make the most of the time he and Bella had left together. So he planned a trip that would make Bella’s last months the best months of her life.

Robert and Bella went on a road trip across the United States, so they could spend as much quality time together as possible. They slept on their friends’ couches or with strangers who kindly invited them overnight.

Robert began documenting their journey over mountains, along beaches and long highways on Facebook. Word quickly spread about the lovely pair’s amazing journey together.

Fortunately, Bella managed to live a lot longer than six months. The truth is, Robert and Bella spent more than 14 months on the road together.

But one day, Bella’s journey came to an end. She finally succumbed to caner and passed away in her sleep.

As for Robert, he’s still on the road, raising money to help other animals. And just a few months ago, he began putting a book together about he and Bella’s unforgettable journey.

Even though Bella has passed away, her last months of life were amazing. She and Robert had some beautiful moments together, and their love for each other seemed incredibly strong—at least as strong as the one between a child and a parent.

See more of Bella and Robert’s journey together in this video:.

This caused tears to flow down my cheeks. Robert and Bella’s incredible love for each other is just so beautiful.

Don’t forget to share this article with your friends so they can also read this fine story and help Robert pay tribute to Bella’s memory.