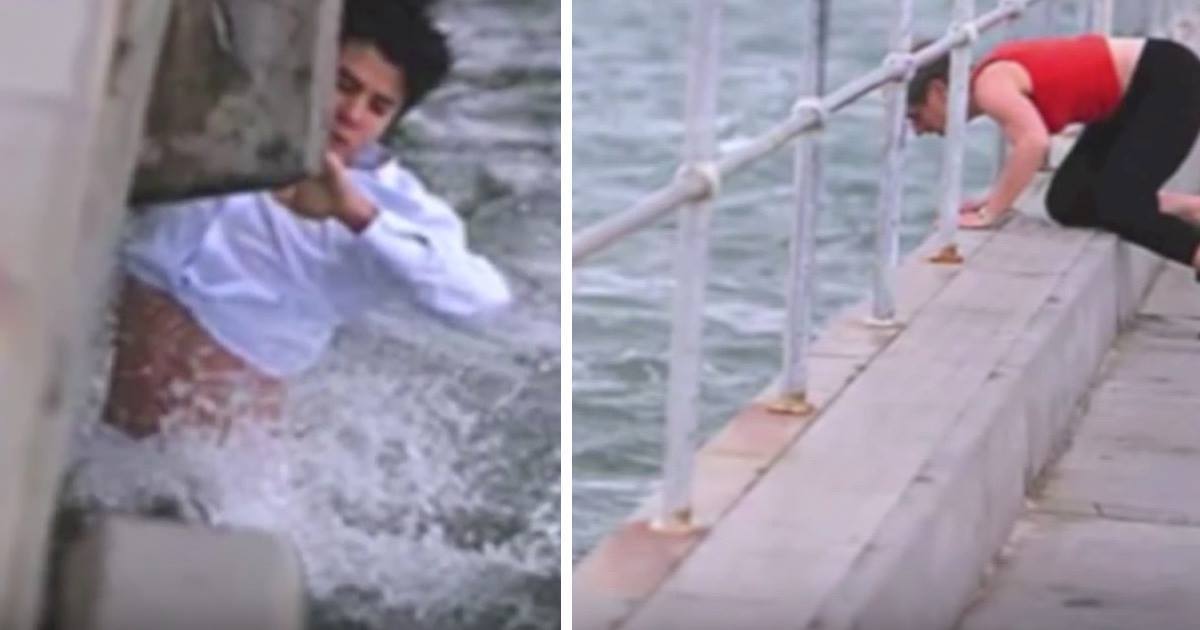 On a very windy day in Melbourne, Australia, Sue Drummond decided to go for a walk with her dog Bibi.

Being a Maltese-Shitzu blend, Bibi was a little too small to handle the heavy wind — so small, in fact that when they got to the pier, the wind blew the little dog into the water.

What happened next is truly a remarkable story about an unusual series of events from two different lives — an intertwining which turned out to save Bibi’s life.

When the wind blew her poor pooch into the water, Sue panicked and watched helplessly as the heavy tides slowly swept her away.

Raden quickly took his pants and shoes off and jumped into the freezing and stormy sea, risking his life. He could see poor Bibi trying to swim towards the pier against the harsh waves.

He swam as fast as he could towards Bibi, then grabbed her with one of his arms as he swam back.

Sue waited by the pier as her precious dog was being saved by this brave samaritan. Once on land, she hugged her Bibi tightly and dried her. Sue was, of course, extremely grateful to Raden.

Raden was given an award of honor by Animals Australia for his act of bravery and selflessness.

It’s safe to say that Bibi is all dried up, safe and happy living with her loving owner Sue.

Watch the slide show below for a play-by-play of the dramatic events:

How amazing is this combination of luck and selflessness?