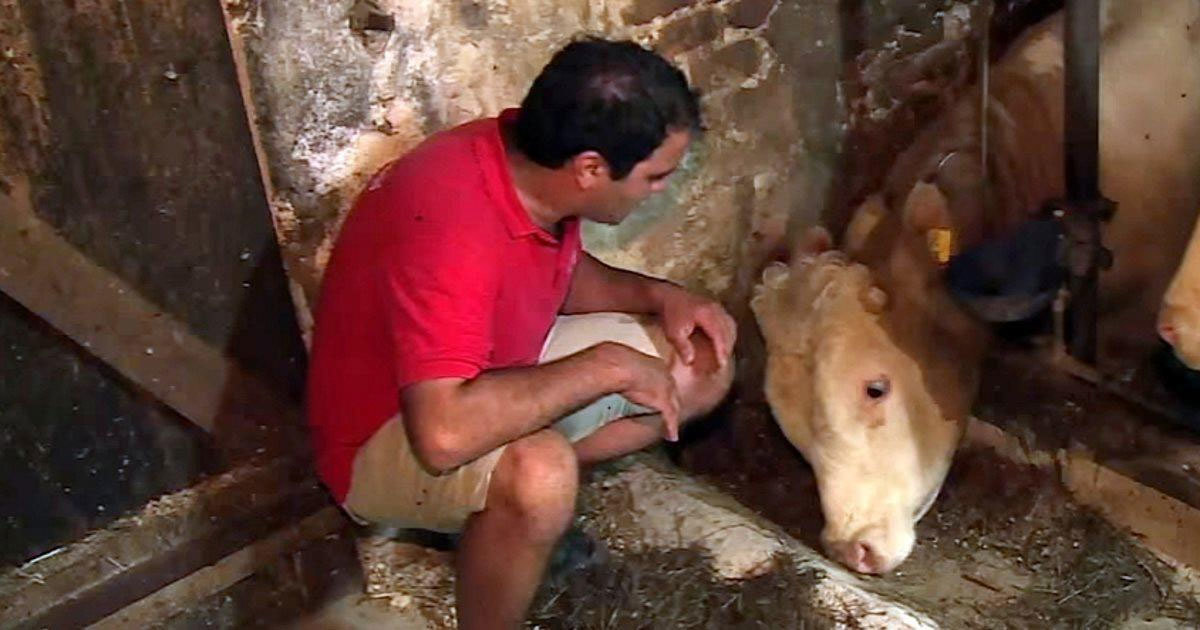 Whether it’s a dog, a cat, a hamster, or a cow, one thing is clear: it’s never okay to neglect animals.

A bull named Bandit lived his whole life in chains. He wasn’t allowed to step foot outside and he never got to taste fresh green grass. Instead, he spent his days and nights standing in a narrow cage — and he had probably resigned himself to this fate.

Luckily, an animal lover named Christan got word of Bandit’s situation. He immediately started planning to save Bandit and his friends from their crowded barn…

The first time Christian visited Bandit, he went up to him and gently let the bull know that he wasn’t there to harm him.

And in the video below, it’s obvious that Bandit had never felt love from a human before. But after a while, he realized that Christian was just there to help.

Wonderfully, the Austrian animal rights organization Gut Aiderbichl, where Christian works as a volunteer, announced that all of the animals in the video were rescued and brought to one of its many shelters. Isn’t that awesome?

Please share this emotional rescue with all your friends who love animals.