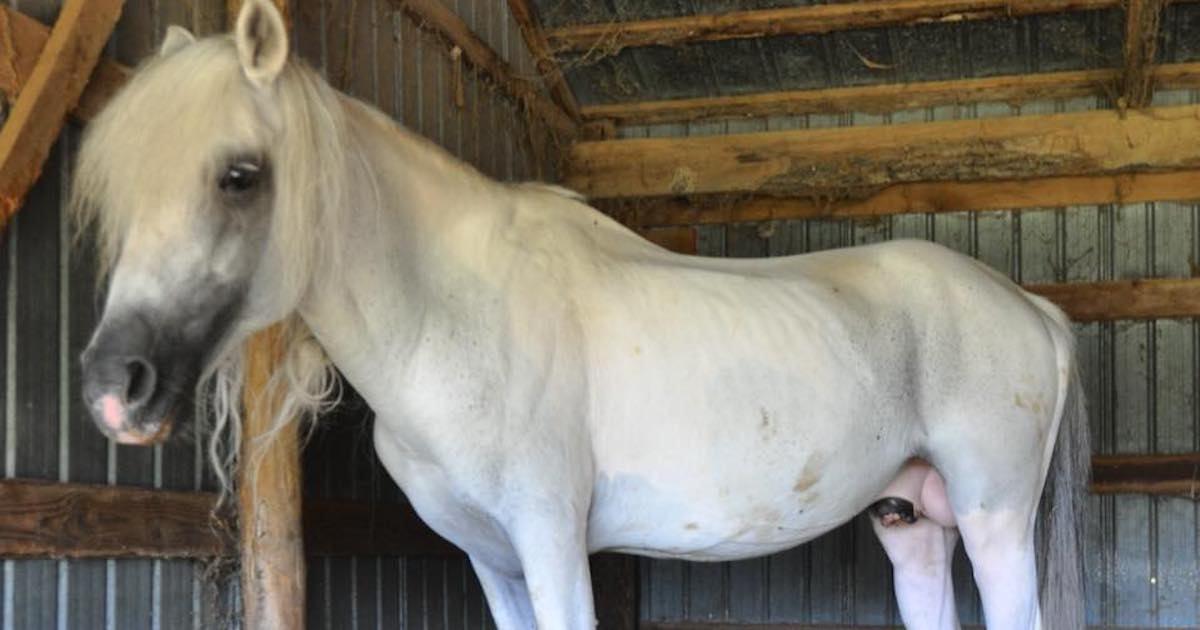 Although it’s hard to think about, animal neglect and abuse happens every day. We love our pets at home and would never think of being cruel to them. Unfortunately, some people don’t think this way, and are willing to harm, hurt, or starve animals in their care.

But it’s thanks to the everyday heroes who care that a large portion of these animals are saved from their situation. These heroes can be anonymous tipsters as well as animal rescuers who are willing to put themselves in harm’s way in order to save our furry friends.

It is thanks to these people that a pony and his friends were saved from horrendous conditions at what is being called a “hellish” farm.

Officers with the Humane Society of Washington County (HSWC), arrived at a private farm in response to the tip of concerned citizen calling about the welfare of pet pigeons. However, protocol dictated that the officers had to investigate the whole farm, not just the area where the pigeons were housed.

And it’s a good thing they did: to their horror, they found three horses – two stallions and a miniature – confined to individual stalls. They were neglected for so long that they were emaciated and had rotten teeth. Their hooves had never been properly cared for and were measured at more than 3 feet long.

The hooves also weighed in at more than 30 pounds (per horse). It was estimated that they had been neglected for 15 years.

“Our organization has been around 26 years and we have rescued 3000 horses in our history,” Caroline Robertson, development director for the Days End Farm Horse Rescue (DEFHR), which is currently caring for the horses, told The Dodo. “From a hoof neglect standpoint, this is the worst case we, our veterinarian and our farrier [who trims horses’ hooves] have ever seen.”

The conditions were so bad that there were piles of manure several feet high.

Unfortunately one of the horses was in such bad condition that she had to be euthanized right away.

The other two horses, Rio and Quest, were taken to safety. Their hooves were trimmed and they were given a new life at the Days End Farm Horse Rescue. We’re glad they will finally get be happy!

If you think animals living near you are being abused, you can also call authorities and leave an anonymous tip. You may be saving lives by doing so! Please share to let friends and family know that they can be heroes too!