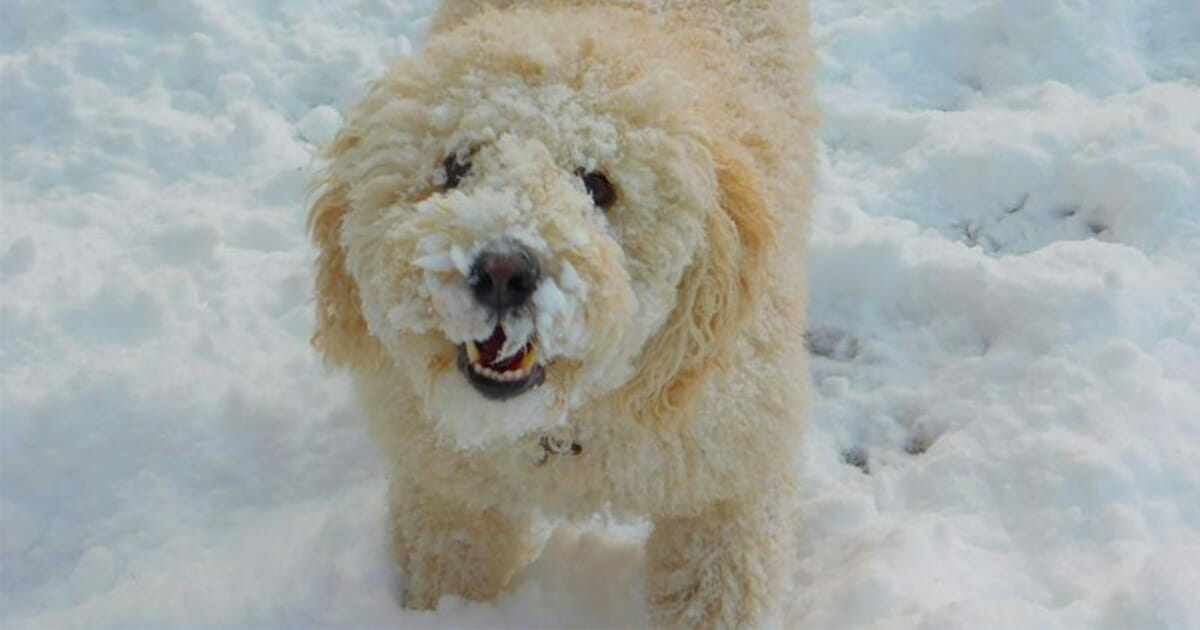 With winter well and truly on the way, it won’t be long until some people are forced to don their warmest clothes and accept the warm embrace of the fire (or heater).

Personally I detest the cold months of the year. I get that some people enjoy them, but for me not being able to feel my fingers or toes isn’t fun in any way.

Being human, I have a choice. If I want to warm up I simply put more clothes on or go inside. Unfortunately, it’s not always that easy for dogs. It’s often difficult for them to get across when they’re truly cold, and some people go as far as to leave them outside.

Make no mistake, dogs can feel the cold just as we can. Some may have shaggy fur to help them against the elements, but in true cold they need to be inside …

Now, the state of Pennsylvania has introduced a new law stating that it’s illegal to leave a dog outside for more than 30 minutes if the temperature is 0 or lower.

At the opposite end of the scale, it will also be illegal to leave your dog outside if the temperature reaches more than 32 degrees.

The law was made in dedication to Libre, a dog who suffered in terrible conditions. As a pup, he was eventually saved by an animal lover who grew alarmed at his terrible condition. Libre was one of the lucky ones; saved before he could become another statistic of abuse and neglect.

It’s been reported that anyone who violates Libre’s law can be handed up to a year in prison.

“This won’t stop animal abuse, but it will emphasize the importance of justice for animal suffering,” said Jennifer Nields, who works at the Lancaster County Animal Coalition.

The Pennsylvania Veterinary Medical Association also welcomed the new law, dubbing it: “an unprecedented profit for all animals.”

Pennsylvania is the first state to take a stand when it comes to protecting animals from extreme weather conditions.

Libre’s law comes as part of Governor Tom Wolf’s work in strengthening the laws that protect animals in a bid to drive down figures on animal mistreatment.

Dogs in the cold

Many animal owners make the mistake of assuming that dogs are eternally warm due to their coats, but they can be susceptible to the cold too.

If you own a dog, always ensure it’s appropriately equipped when the temperature drops. Their paws are often a give away when the ground is too cold, so monitor your four-legged friend carefully.

If you spot a dog that looks to be suffering in the cold, or have knowledge of someone who ignores the basic needs of their pets, be sure to contact the right authorities to ask for advice and/or help.

Please help us by sharing this article on Facebook!