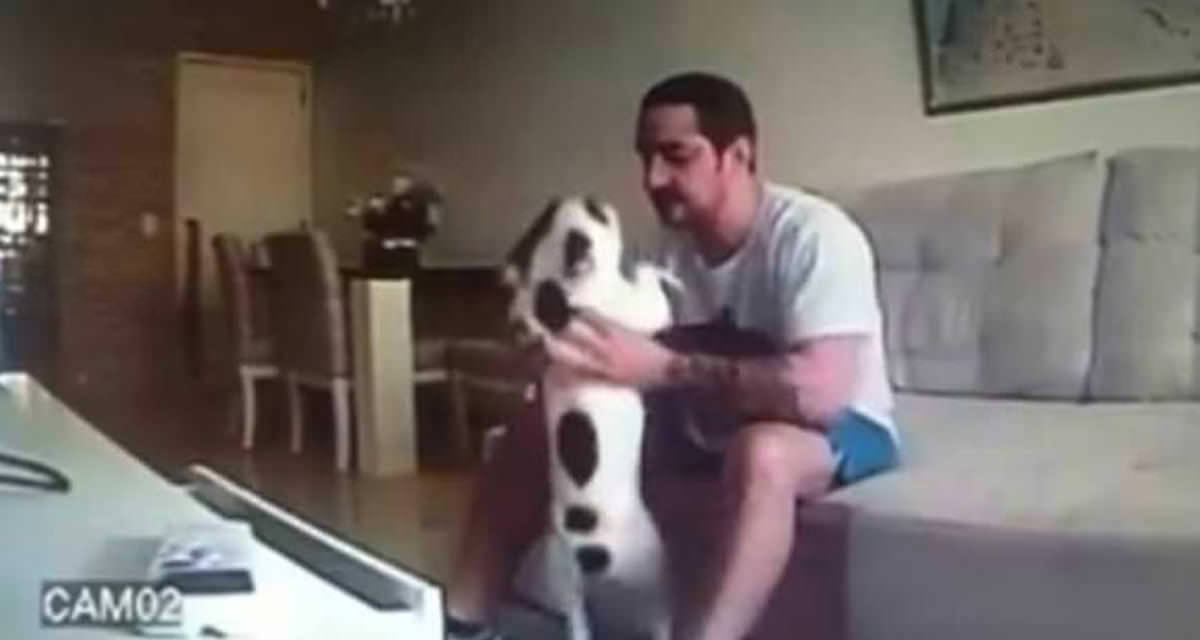 Ninna Mandin thought she had found the love of her life when she met her fiancé. But after she watched some security camera footage of him and her dogs, she instantly canceled her wedding plans.

For 26-year-old Ninna Mandin from Rio de Janeiro, Brazil, life was good. She had a boyfriend whom she thought was her Mr. Right and she was about to marry him.

Ninna and her boyfriend moved in together and they got two French bulldogs. But then, Ninna started to notice unexplained bruises and sores on the dogs. And the puppies also seemed to be afraid of her fiancé.

When the bruises didn’t stop, Ninna grew suspicious and decided to install a hidden security camera in the living room to find out the truth.

“They became really scared of him. After that, the wounds started to appear and the vet couldn’t explain where they were coming from. That’s when I decided to install a camera in the living room,” Ninna told Animal Channel.

And when she saw the security camera footage, Ninna was horrified.

The video showed her boyfriend ruthlessly kicking one of the dogs and then lifting it up and throwing it.

As soon as Ninna saw the video, she called off the wedding and reported her boyfriend to the police.

“It was a shock, because we think we know people, but in reality we don’t. But now, I want justice before the law,” Ninna said.

After Ninna notified the police, her now ex-boyfriend fled and went underground.

Ninna’s two French bulldogs managed to escape without serious damage, and now, they’re doing well with Ninna, who loves and cares for them.

We hope these two bulldogs have a good life and that Ninna’s ex-boyfriend gets the punishment he deserves. Share if you agree!