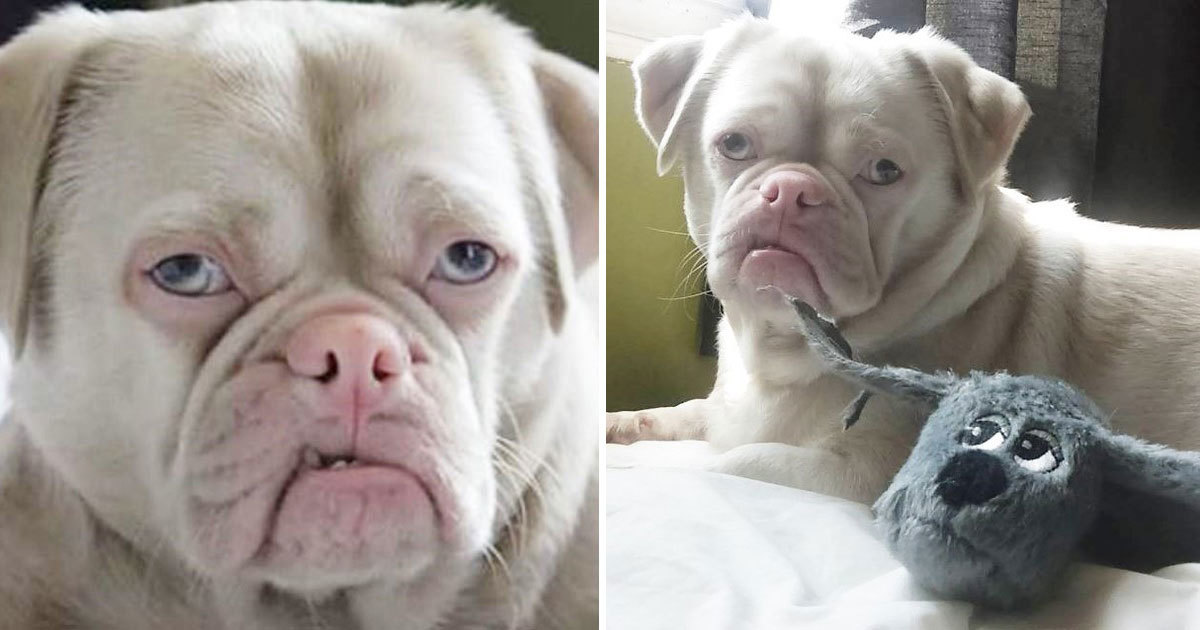 Puppy Cornelius was, well, kind of the ‘ugly duckling.’

Afflicted by leucism, a disease which causes a lack of pigments and so very pale color, the dog was passed around from owner to owner, with no one choosing to keep him.

Until one day, when Toni Cusson from Toronto, Canada, fell in love with what is undoubtedly the internet’s grumpiest-looking dog.

Yes, Cornelius is quite the popular pup. He has thousands of fans on his very own Instagram account mistercornelius, where owner Toni posts images of him and his daily life from Toronto.

And it’s easy to understand why Cornelius has become so popular.

At first glance, he certainly does look like the world’s grumpiest dog. And it doesn’t matter what Toni does – Cornelius constantly looks skeptical.

But while he looks grouchy as heck, he’s not fooling anyone, if you ask me. I think he’s got the sweetest face ever!

“No, I don’t want to join you on your silly picnic.”

“I told you this was a bad idea! How many times do I have to say it: I don’t like winter!”

Grumpy looking- yes . But really, Cornelius is the most good-natured pup – something that is immediately apparent when he is with his best friend Bowie, Toni’s other pug.

“He doesn’t know how to dog without our other pug Bowie,” Toni told The Dodo. “She’s his best friend and he’s lost without her.”

But one can’t help but giggle at how adorably pissed off Cornelius looks in some situations.

But this pup is far from hard- Cornelius is a real softie and when he smiles, it’s true bliss.

Remember: Behind the fiercest of faces often hides a ray of light.