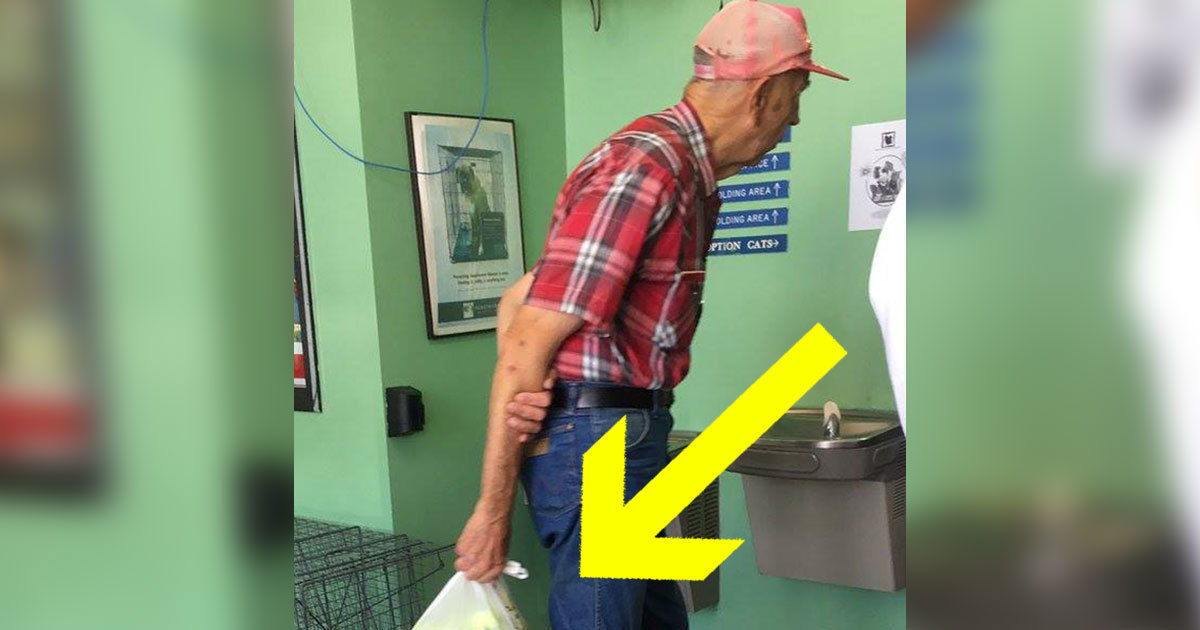 All dogs deserve a home where they feel loved, appreciated, and cared for. But unfortunately, life doesn’t always work out that way.

Some dogs are forced to live their entire life with an abusive owner, and others spend their days in animal shelters waiting to be adopted.

But even though not everyone is able to adopt a shelter dog, everyone can do something to help them… like this elderly man from Tulsa, Oklahoma.

The event took place earlier this summer at the Tulsa Animal Welfare Shelter in Oklahoma.

Twenty-year-old Madison Sorrels was waiting to adopt a dog when she noticed an older man walk through the door.

He was carrying a couple plastic bags.

Madison was curious and watched as the whole situation unfold.

It turned out that the man brought a dozen tennis balls that once belonged to his beloved dog.

In memory of his deceased friend, the man wanted to donate the tennis balls to the shelter so that the dogs there could have fun while they waited to be adopted.

It was a small gesture, but the happiness it gave the dogs was indescribable!

Since most moments of kindness, selflessness, and generosity go unnoticed, Madison decided to share the moment online.

“My boyfriend and I were adopting a poodle mix puppy at Tulsa Annimal Welfare. We found out this gentleman was donating tennis balls in memory of a very loved pet. If this doesn’t make your day then I don’t know what will,” Madison Sorrels wrote.

The post went viral on Facebook and hundreds of people wrote tributes to the kind old man.

People pointed out how selfless his action was considering he had just lost his dog. Although no one would blame him for mourning his beloved pet and holding on to the tennis balls, the old man decided to turn his loss into something that gave happiness to others.

What an honorable man!

It’s wonderful to see that this man’s kind gesture has touched so many people. The world would be a better place if there were more people like him out there.