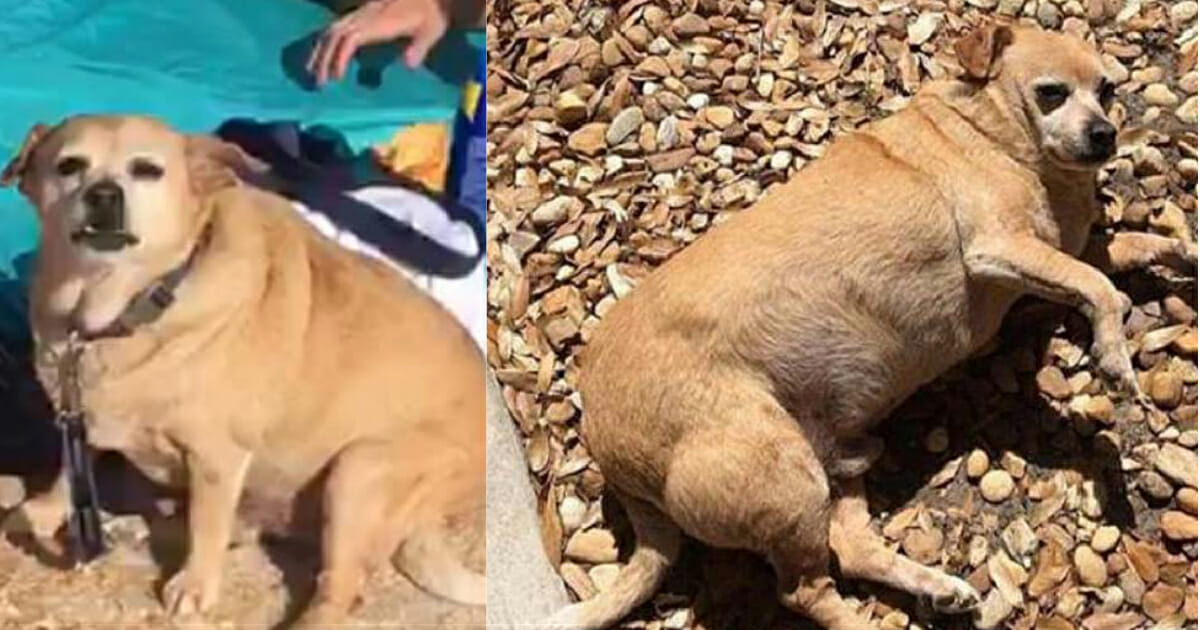 Everyone knows that a healthy diet and exercise are key to a long life and a well being. Sometimes it´s hard to eat well all the time, and we sneak a donut or two from time to time. There is no harm in that, but when two turns into three or four, we´re in trouble!

Animals are no different. They require healthful food and exercise to thrive. Unfortunately for Cleatus, a chihuahua from St. Augustine, Florida, his diet was not what it was supposed to be. He had been free fed dried kibble since he was a puppy!

According to Daily Mail, Cleatus tipped the scales at a hefty 35 pounds at his heaviest and could not even walk outside to use the bathroom. He had to be wheeled everywhere, and didn‘t have the energy to go outside.

His owner, Austin Lee, didn´t quite know what to do until his veterinary technician girlfriend, Laura, stepped in. Together, they decided to make some changes to Cleatus‘s lifestyle.

But first, they had to take care of his health issues. They had most of his teeth removed due to dental disease.

A blood test revealed that he had under-active thyroid. This surely contributed to his weight gain, as an under-active thyroid slows down the metabolism and leads to a lack of energy. Thankfully, Cleatus was put on medication that would help him get healthy.

With this information, Austin and Laura were able to make changes to the chihuahua‘s diet. It was as simple as changing the brand of dog food they fed him and only feeding him at two set times a day.

Now, just a few months later, Cleatus looks like a totally different pup! He is happy and healthy and has the energy to run around and go on walks with the couple. They noticed a real change just four weeks after they made all these changes!

Now Cleatus weighs approximately 16.8 pounds, almost half the size he was originally. Wow! That´s quite the extreme change.

Laura also cleared up any questions people may have about her boyfriend‘s treatment of his dog. She said, “Cleatus is Austin’s dog and he has had him since he was a baby. I see overweight dogs and cats every day with owners who are unaware that it can be fixed.”

Sometimes it can be hard to help our pets because they can´t speak directly to us, so Austin is maybe not to blame for Cleatus‘s weight. What matter is that this adorable chihuahua is healthy again! Please share if you agree!