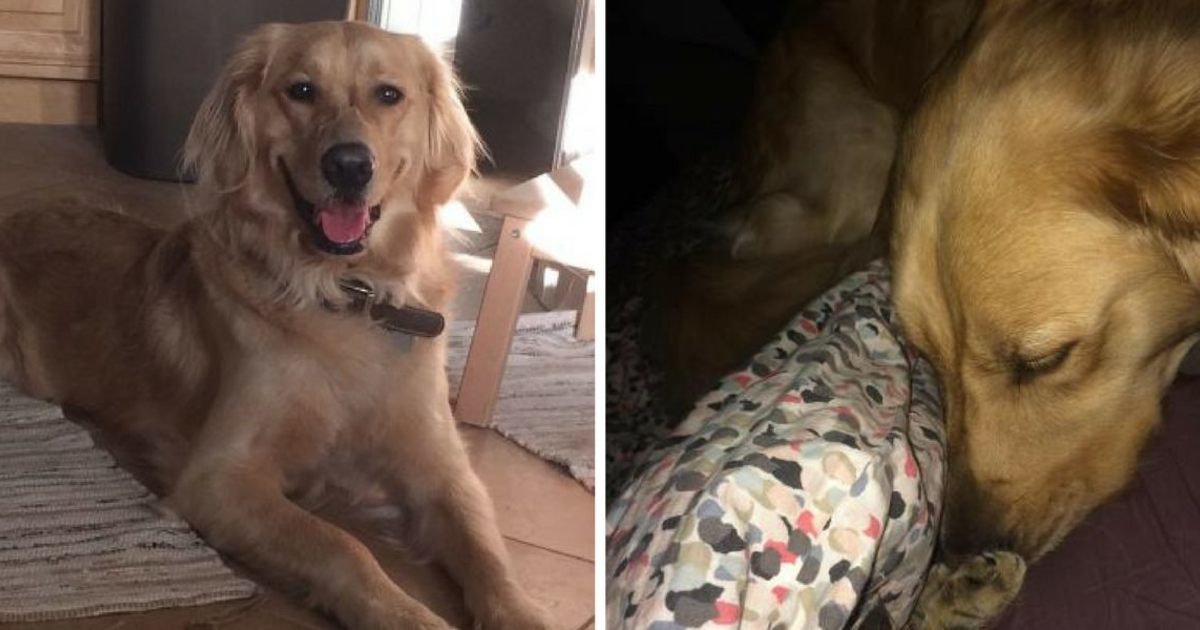 And if you tell those people that animals not only feel, but also experience things like friendship, love and loss, they might think you’re crazy.

But tell that to the dog named Crosby.

He’s been through a lot in the last six months and his actions clearly show that love knows no bounds!

“About six months ago, he lost his kitty friend, and just over a month ago he lost his best doggo friend that he’s had as a companion since he was eight weeks old,” Crosby’s owner wrote on Imgur.

Crosby is a fantastic dog who is very loyal to his friends and family, and the loss of both friends hit him hard.

First, Crosby’s owner thought his dog was fine. But it soon became obvious that Crosby was lonely and longed for a friend.

One day when Crosby’s owner came home from work, he was surprised that his beloved dog wasn’t waiting for him at the door.

Instead, Crosby led him to the bathroom, where he was shocked by what was there.

“I’ve never seen this kitten before, and although I do have a doggy door, it’s way too high off the ground for this little baby to have snuck in. It seems to me that Crosby must have brought her inside. She has an uncanny resemblance to the kitty friend he lost 6 months ago,” Crosby’s owner wrote.

The man went to all his neighbors and asked if the kitten belonged to any of them. All of them said “no,” though one person mentioned that they might have seen the cat sometime on the street.

“I took the kitty to the vet to see if she was microchipped, and she isn’t. She was however spayed just a few days ago, and is thought to be about four months old.”

The man took the cat to a nearby shelter, but it was full and they couldn’t do anything but put her to sleep.

The fate of the kitten was in the man’s hands. But it was an easy decision to make.

Crosby’s owner decided to take the kitten home and welcome it into the family.

Crosby’s response? He sleeps by the kitten’s side every night. The two became best friends in a somewhat unusual way, but now they’re inseparable and Crosby’s decision to bring in the kitten might have saved her life.

We love the friendship that is flourishing between these two animals!

If you also think this is a great story, share it with a friend!