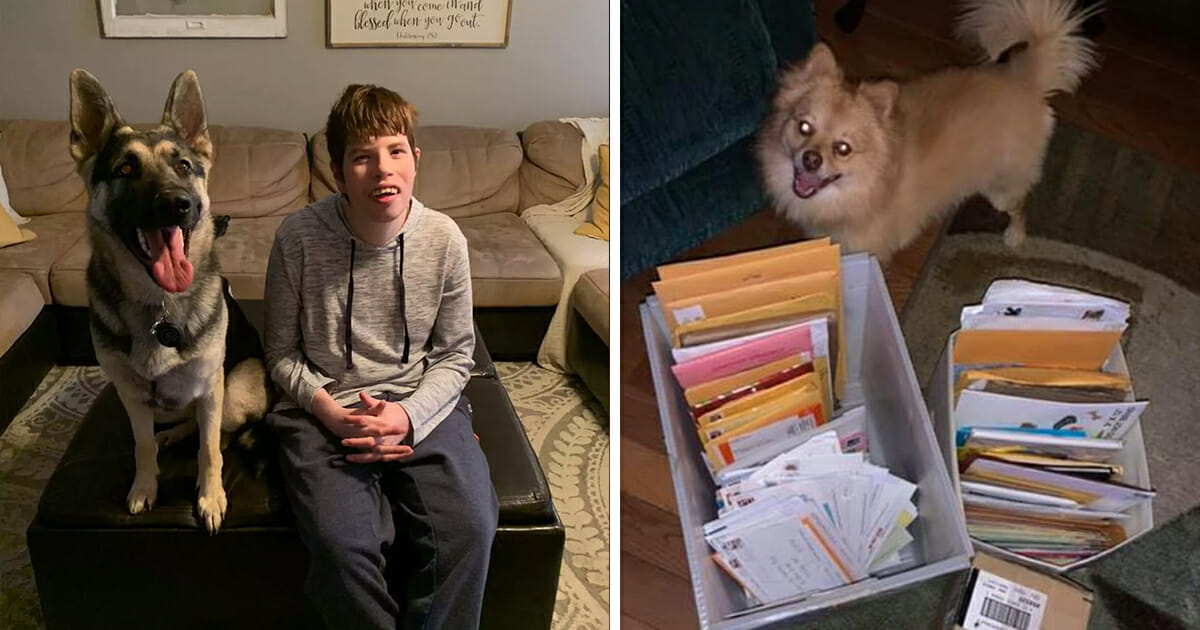 There are many critics concerning the way social media has affected our lives. Some believe it facilitates bullying and forges a breeding ground for hate, others blame it for spreading fake news or creating an unrealistic view of the world.

All of that may be true to some degree, but there are also instances wherein it proves its worth in achieving its aim: connecting people and bringing them together.

Take, for example, how the world rallied around a young boy named Quaden Bayles on Friday, after his mom uploaded a video showing him crying and saying he wanted to take his own life.

Tyler Ford’s family, for their part, had sent out a call for people to send them photos of their dogs in order to make him some picture books for his birthday. They believed a few people in their neighborhood might respond.

What they couldn’t have known is that their plea was about to go viral. What started as an initiative to get Tyler some dog pics became a worldwide drive involving thousands of people.

Tyler, who turns 22 on April 10, was diagnosed with Sensory Processing Disorder, which brings on overstimulation and frustration that he is unable to verbalize. On top of that, he lives in pain due to hip dysplasia and feeding difficulties.

“Most know this is my extra awesome nephew, Tyler. Many know his obsession with dogs and when I say he is obsessed, I mean he is REALLY OBSESSED!!!

“I am gonna work on a putting a new book together for him for his 22nd birthday coming up in April. I need pictures of your dogs, preferably 3×5 or 4×6 but I will accept any size!!

“If you could write your baby’s name on the back with what breed they are it would be great… you can include your name as well.”

She went on to add:

“Despite Ty’s disabilities he has a better memory than almost anyone I know! He will remember your dogs’ names in years to come.

“If I can get this put together for him it would be one of the most meaningful gifts he could possibly receive and EVERYONE can play a part in it… you don’t have to know us to participate!

“Share with your family, friends & coworkers… I will include EVERY single picture that I receive whether a hundred or a thousand, there is no such thing as too many in this case!!!

“I prefer mail over printing at home bc of the expense and time that it would take me to get everything printed and labeled.

“I just got a PO Box for this so it can start immediately! If you know me and wanna put your envelope in my mailbox at the house that’s fine too.

“With what I am hoping will be a HUGE project, I will post updates to let everyone know how our book is coming along. Let’s help this boy have a wonderful birthday!!!!

Soon after, Christy’s post picked up traction. As per LadBible, she woke the next morning to see it had over 10k shares on Facebook. She was inundated with messages from strangers asking how they could help.

Just now, the only problem the family is facing is what to do with all the photos they’re receiving.

“The response has been unbelievable, Tyler doesn’t have the ability to fully understand what is going on, but he knows he was on the news and that people are sending him and his dogs special prizes,” Christy told LadBible.

“He hasn’t seen the thousands of pictures that have been mailed yet. I still have to figure out what I’m going to do as for books. I will have to order a tonne of binders and plastic inserts so I need to find my best option financially.”

What a wonderful story. We hope Tyler has the best birthday ever and enjoys all the pictures he’s been sent.

Share this article on Facebook to make sure the message gets spread further and the cute pics keep coming in.