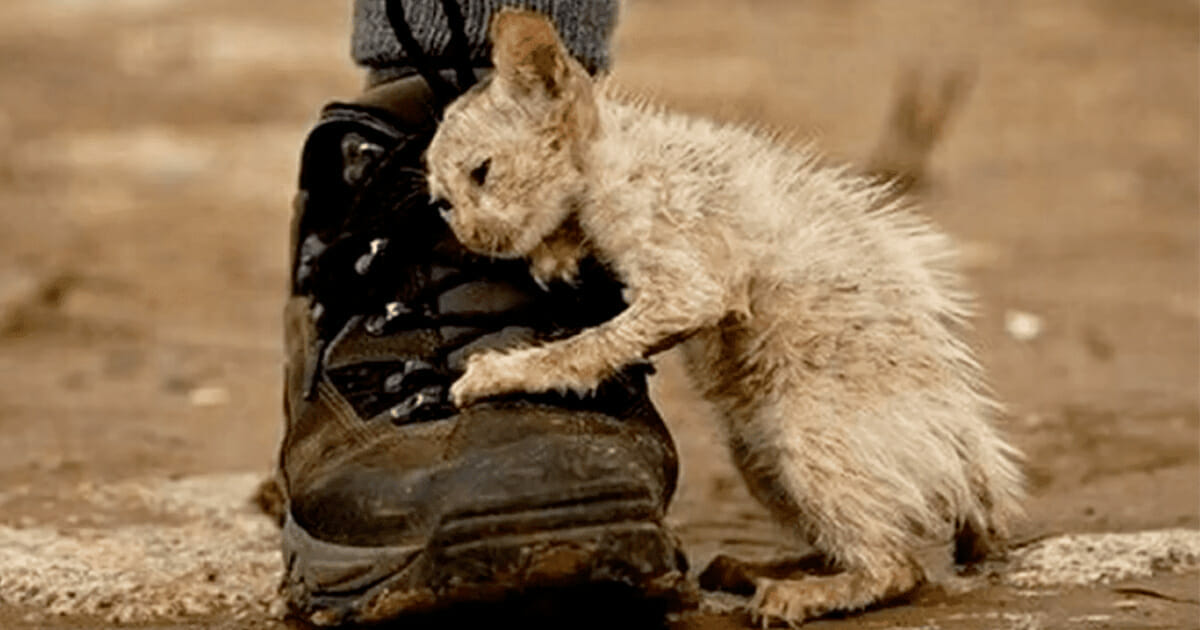 I think most people, at least when they were children, are told not to touch unknown or stray pets. The idea is that these can they be dangerous or carry a disease.

And, while we should indeed be careful, people are often quick to judge an animal on its appearance — then turn their backs on those that don’t look like the others. That’s exactly what this story is about.

It’s unclear whether the story is based on actual events, but the image in question has been shared thousands of times online — and went straight to my heart when I saw it.

You can be sure that you will find a wide array of characters living in a block full of dense apartment buildings. Some are friendly and are happy to talk to their neighbors, and some prefer to keep to themselves. Either way, one learns to recognize the characters living there — as well as their pets.

In one such apartment complex, a certain cat was often seen in the courtyard. The cat was extremely skinny and sick looking and did not appear to belong to anyone. As described by a resident in the area, “Everybody in the complex knew who ‘Ugly’ was. ‘Ugly’ loved three things in the world: eating garbage, fighting and love.”

The cat had managed on its own for a long time. But over time, a life without love and lack of food began to affect the cat.

‘Ugly’ became increasingly skinny, and lost his tail, which made his balance worse, and people laughed because he looked funny when he walked.

Every time someone saw him they said “Now that’s a really ugly cat”.

Threw stones at the cat

Some even threw stones at the cat to make him go away when all he wanted was to cuddle up against someone for comfort and warmth.

‘Ugly’s life came to an end one day following a fight with some dogs. Hearing the commotion, a man in the apartment complex ran over.

‘Ugly’ was extremely weak but gathered his last energy to approach the man. And, in his final moments, the cat finally got what he’d always wanted: He lay against the man’s shoes, and felt his warmth before taking his last breath.

All this cat ever wanted was a little human warmth, and how fortunate that he got it before he died.

To stop judging people — or animals — based on their appearance and showing more kindness is something we should be better at. Share to remind others of this.