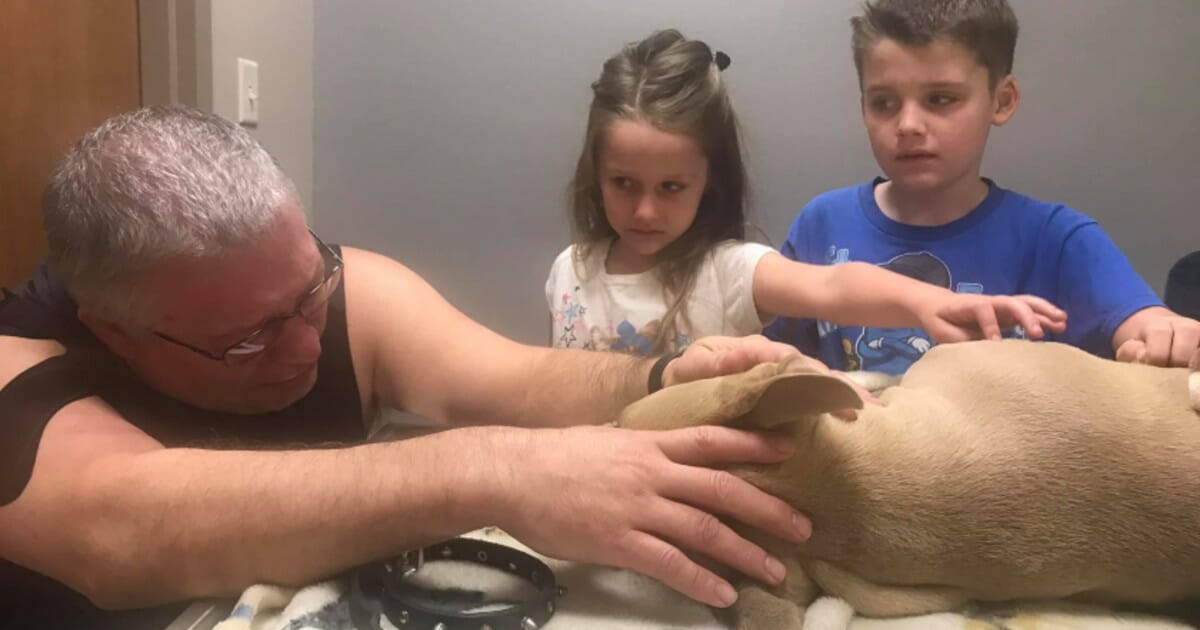 Pit bulls often have a bad reputation, but one Florida family calls the breed extremely loyal.

“If you find [a pitbull] that’s aggressive, most likely, it’s because they weren’t treated right,” Gina Richardson told FOX 35. “If you treat them right, they would give their life for you and I owe my son’s life to him.”

Oriley, 10, was playing in his family’s backyard when the family dog lunged towards him. The 10-year-old thought his nine-month-old pit bull, Zeus, was playing with a rope, but he was wrong. Unbeknownst to Oriley, Zeus was protecting his human sibling from a coral snake.

Gina, the boy’s mother, told CNN that while Oriley continued to play and Zeus continued to attack the ground, Oriley’s older brother, Orion, 11, went into their backyard to change Zeus’ water.

When Orion went into the backyard, that’s when Zeus decided to sit on top of the snake. Other than Zeus’ eyes looking “bugged out,” the boys didn’t notice anything off with their dog until they turned him over and realized what was underneath him.

The coral snake Zeus attempted to smother had bitten him four times. Once the Richardsons realized that not only had Zeus been bitten several times, but that he had bitten off and swallowed the snake’s head, they rushed him to a vet.

He received antivenom, but it was too late. Zeus died the following day.

“He’s been a member of the family,” Gina said. “It just killed us. We just knew the antivenom was going to work.”

The family has had Zeus ever since he was born, and can’t imagine living their lives without him.

“He was a good boy and I loved him with all my heart,” Oriley told CNN. “I played with him all the time. I feel sad and I miss him.”

“He was my best friend,” Gary Richardson said. “I’m torn between wanting to be happy that this situation has brought awareness to his breed and their kind and loving nature, and the sorrow of having lost him.”

I will say it until people get it:

The pit bull is the best emotional mirror of its owner. This one a clear evidence of a loving home. Praise God for the dog, we don’t deserve them.

This is a perfect example of just how loving and protective pit bulls can be, like Gina said if you find one that’s aggressive it’s probably because how they were raised.

Share this on Facebook to spread awareness to this lovable breed. They’re not all bad dogs, they just happen to have bad owners.