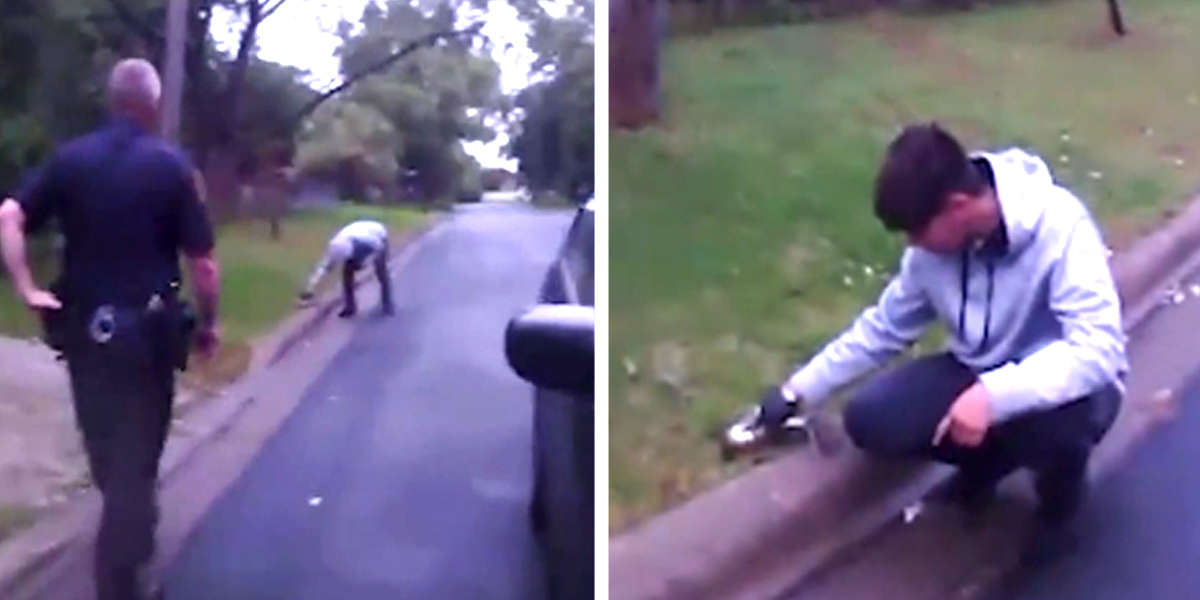 Police officers are trained for years to snuff out any and all illegal activity. Of course, they’re still human, and as such are capable of making mistakes from day to day.

In this particular case of officers wrongly assuming the worst, however, there were no serious consequences … quite the opposite, in fact.

He’s a 19-year-old college student from Brooklyn Park, Minnesota – and the plucky hero at the center of this heartwarming story of animal rescue.

A few days ago, Cristopher was driving his car when a squirrel rushed out into the street in front of him. The tiny animal disappeared under the vehicle, only to reappear in Felix’s rearview mirror a few moments later, it’s little body lifeless in the road.

Instead of simply continuing on his way, Cristopher decided to take action.

“I felt pretty bad for what happened,” the boy told The Dodo.

“All I was thinking about was just to try to help the squirrel out, because I just thought that would have been the best thing. The poor squirrel wasn’t able to move, so I pick it up with my glove, set it on the grass and started to do chest compressions.”

After 10 minutes of compressions, Felix attracted the attention of the local police, who stopped to investigate what was going on.

One of officers’ body cams captured what happened then:

The police initially suspected a crime, but the mood was flipped on its head shortly afterwards. It turned out Cristopher actually saved the life of the squirrel!

The moment the creature regained consciousness, the officers began to celebrate with young Felix.

Sure, a squirrel might not hold much significance to most people, but the key thing is was that it was important to Cristopher.

“I was very happy to help out something so little. It’s a life that is saved,” he said. “I’m glad I was there to help it that day. I was super happy to help it and so were the police that saw it with me.”