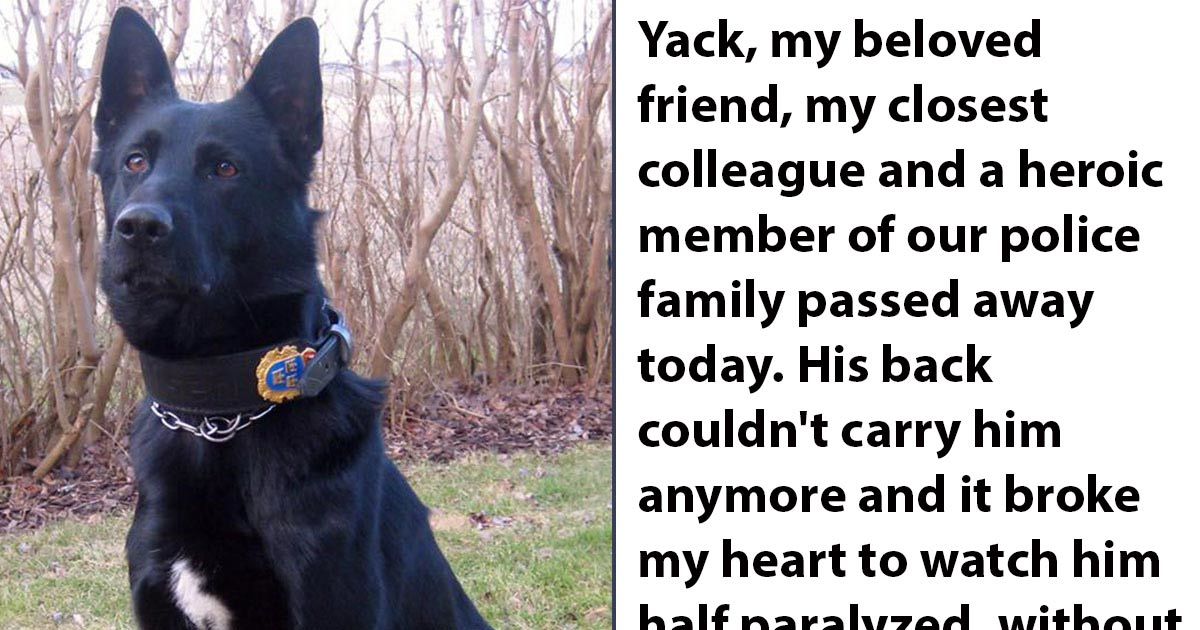 Fredrik is as a dog trainer at a police station in Skåne, Sweden.

Over the course of more than six years, he and German shepherd Yack had been a team.

But now, age has taken its toll on Frederik’s dear colleague and friend.

In a moving open letter posted on Facebook, Fredrik describes his feelings for his beloved friend.

“So the day I’ve long dreaded has finally come, as I knew it inevitably would… But it’s just never the right time.

Yack, my beloved friend, my closest colleague and a heroic member of our police family passed away today. His back couldn’t carry him anymore and it broke my heart to watch him half paralyzed, without control over his hind legs.

The pain and grief is now barely manageable.

For over six and a half years, we’d been together day and night. We’ve trained together, trained some more and re-trained again in order for you to be able to do all the wonderful things you’ve done in the name of the police and service to society.

You’ve helped us locate and rescue missing persons, giving their loved ones the greatest blessing on earth, you’ve found dead bodies, giving their families closure at last, you’ve found both small and large evidence left at crime scenes, you have found and helped us apprehend dangerous drugs, you’ve helped find shell casings left behind by shooters, you have helped us trace and seize a large number of thieves, you have yourself arrested a number of thieves, who’d chosen to run with you close at their feet, you’ve fought against aggressive football hooligans and had firecrackers, bottles and stones thrown at you, you’ve laid all day on your back at police shows, patiently allowing hundreds of children to pet you and take pictures.

You’ve done everything I’ve ever asked for, and done it damn well. Twice were you nominated as Year’s Police Dog. We’ve crashed and had the car flipped over during high-speed emergencies.

But again and again, you shook it off and got up again. It just wasn’t possible to shake it off this last time.

Yack my dear beloved friend, I miss you and you leave a truly huge void behind.

The thin blue line has temporarily become a bit thinner.”

What an incredible letter to what clearly was a heroic police dog and dear friend. Please share to spread Frederik’s moving words with everyone you know!