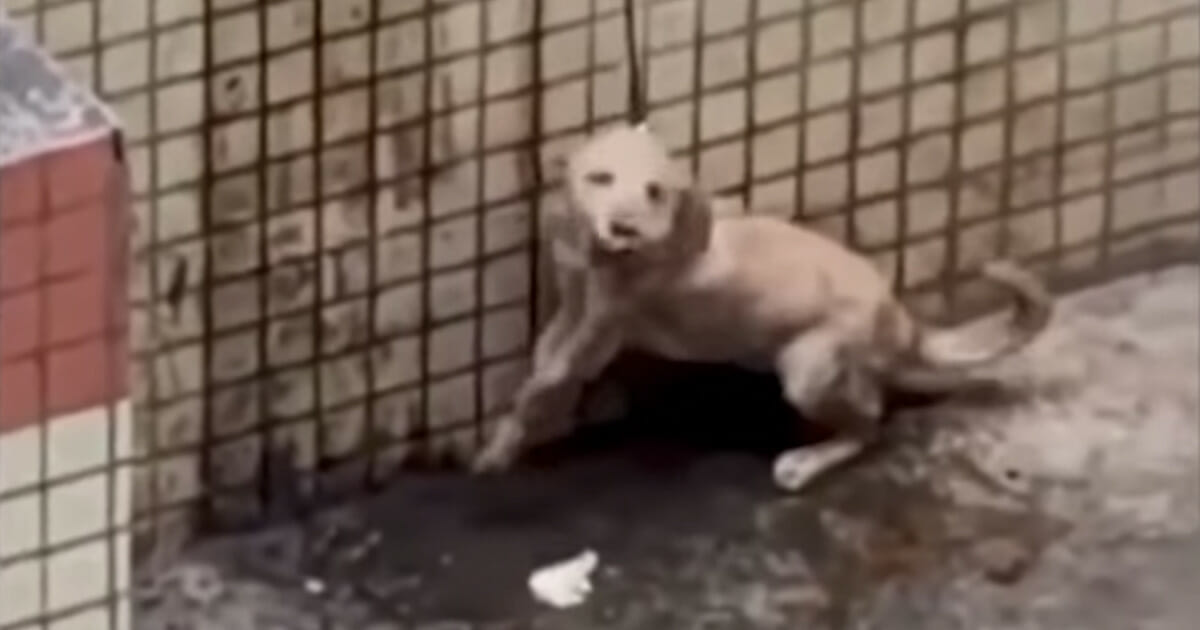 Every animal deserves a fair chance at living a full and peaceful life, not rife with trauma and pain. Unfortunately, laws in some other countries don’t allow for animal rights. Such a place is China, where dogs are not protected from being mistreated.

So when a puppy had a small accident in his house, the was no law that prevented the owner from being cruel to the pup. He tied the poor animal to a window grille with a short rope, leaving the puppy to almost dangle from the rope and unable to sit down to hours.

The animal barked and barked for hours until someone alerted the local animal rights group.

This was likely not the first time the dog was mistreated. He was already malnourished and had been left without food or water. When the animal rights volunteers approached the owner, the man defended his actions, saying that they were deserved. But he did relinquish the dog to the rescuers.

Because of China’s laws, the owner was not prosecuted for the crime.

This is such a cruel act, regardless of the circumstances. The poor animal just didn’t know any better. He deserves to be in a loving and supportive home, and hopefully he has that now! Please share if you feel lucky that we have laws protection our precious animals!