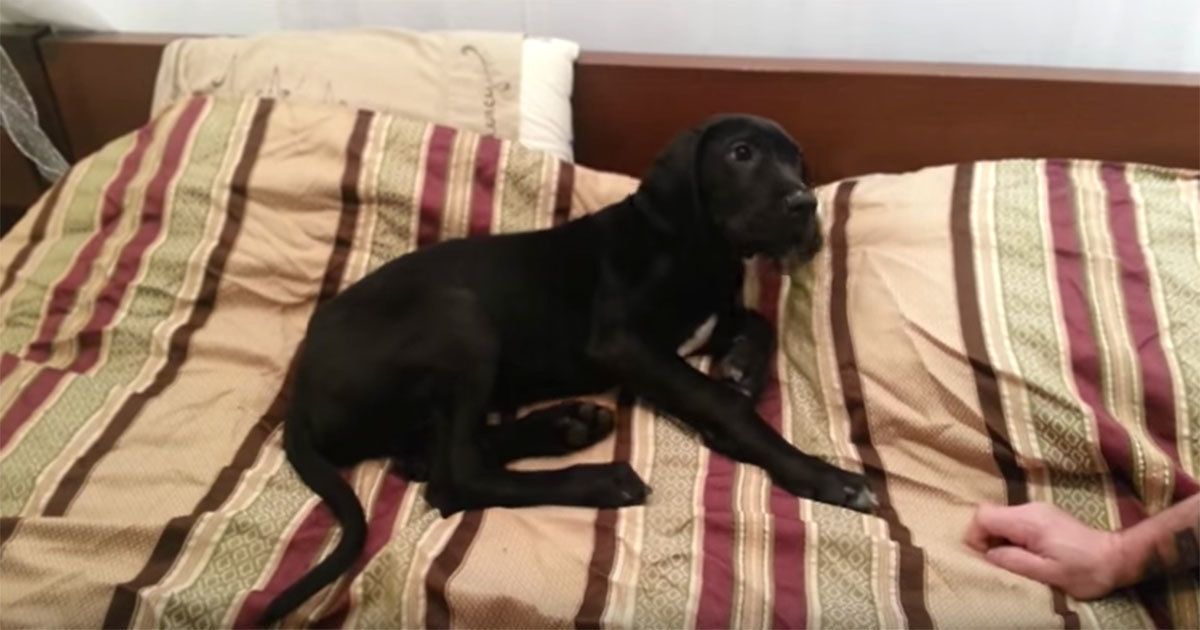 There’s not much worse than being woken up before you’re ready to face the day.

If it’s not a beeping alarm clock, it’s a nagging family member telling you it’s time to get up. Either way, it’s not only annoying—it’s enough to put you in a grouchy mood all morning!

But we humans aren’t the only ones who would rather stay under the covers for a few extra hours. Just check out this adorable Great Dane puppy, who is anything but happy when his owner rudely awakens him at 3:30 in the morning.

The look on his face and the sound of his voice are both totally relatable. So it’s perhaps not surprising that as of this writing, this hilarious video has racked up more than 17 million views on YouTube.

How rude of his owner to wake him up like that in the middle of the night! Share this video if you also think that this dog’s reaction was just perfect.