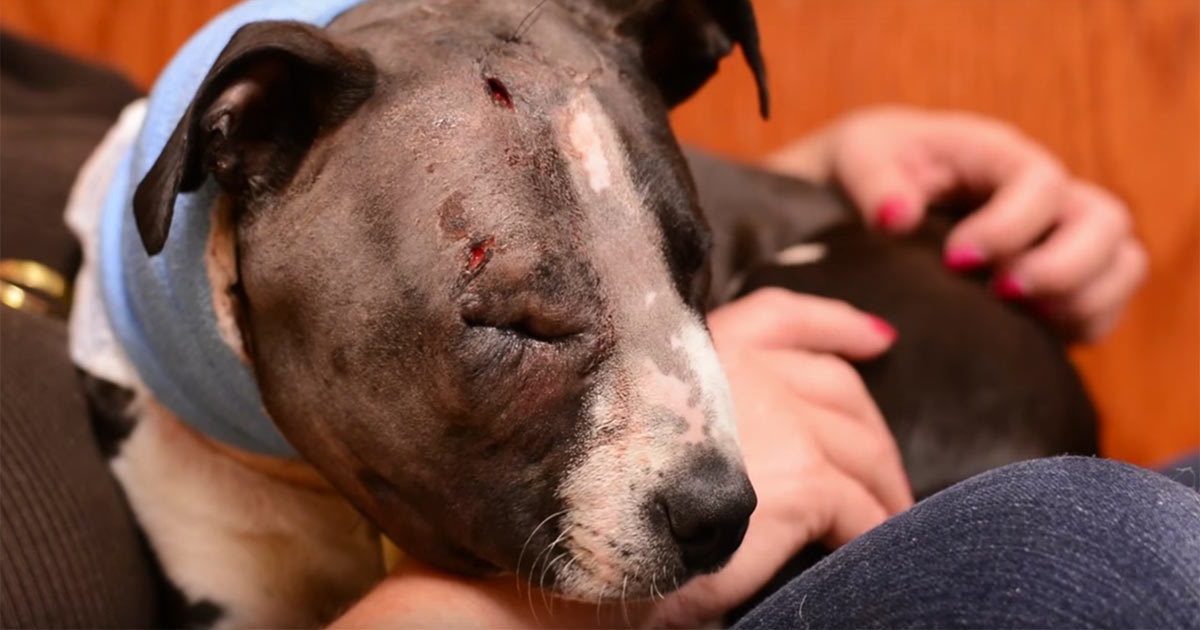 No dog should have to suffer. But when the worst does happen, I’m always grateful when some kindhearted animal lover steps in to make sure it never happens again.

One day, a five-month-old pit bull fainted on a woman’s porch, and she realized she couldn’t just leave him there.

Her action marked the beginning of the puppy’s long road to recovery. And this dog’s story is important—because it not only raises awareness about how awful dog fighting really is, it also shows the power of transformation.

Nobody knows how he got there, but vets suspect he had been abused and forced to participate in illegal dog fights.

Jax had gaping wounds in his neck and one of his eyes was so swollen he couldn’t open it. The woman who found Jax immediately called a dog rescue organization. Jax was transported to a animal hospital, where he received treatment, food, and the chance to rest.

The woman who saved him forged a strong bond to Jax. Every evening, she visited him at the hospital, and slowly but surely, a spark returned to Jax’s eyes. And then the good news came: Jax was going to make a full recovery.

I can’t hold back the tears back when I see Jax’s transformation. It’s so nice to know that he’s doing well and that he’ll never be forced to fight other dogs again.

Hopefully, Jax’s new family allows him to do what he is best at: being a sweet, happy dog who’s full of joy.

Check out this video about Jax and his journey.

Millions of people have watched the video and have been touched by Jax’s story. I’m one of them.

I really don’t understand how people could possibly make dogs fight each other. Please share Jax’s story and help raise awareness about how cruel dog fighting is. Hopefully, we can help this cruel torture stop soon.