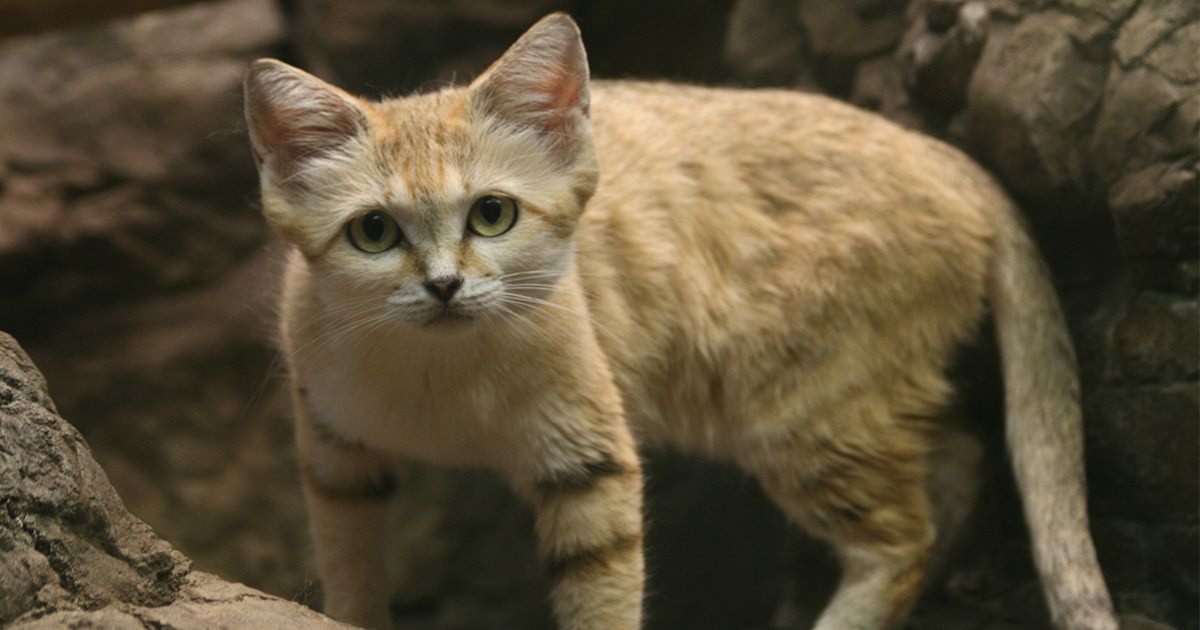 At first glance, it may look like an ordinary house cat. But in fact, it’s the very rare sand cat – a species of cats that live out in the vast desert.

The sand cat is extremely shy and usually keeps as far a distance as possible from humans. But researchers have now, for the first time in ten years, managed to capture the incredible cat in photos.

And it wasn’t easy! The sand cat’s fur is in a similar beige shade as desert sand and they have thick fur on their paws, making it easy for them to stay camouflaged and also quickly sneak up over the sand dunes.

But scientists in the United Arab Emirates were determined to find a sand cats, despite that no one had seen one for 10 years. So they used one of the oldest tricks in the book…

They lured the cats out with cans of chicken and fish… prompting not just one, but three sand cats to emerge out of their hiding place.

Despite the good news that the rare sand cat remains in the vast United Arab Emirates desert as well as species that live in the deserts of Africa and Asia, the cat is still threatened.

Unfortunately, their numbers have decreased, as their natural habitats become increasingly affected by humans.

Now scientists hope to learn more about sand cat, to help protect it and ensure its future in the desert.

Share if you agree that this cat is amazing!