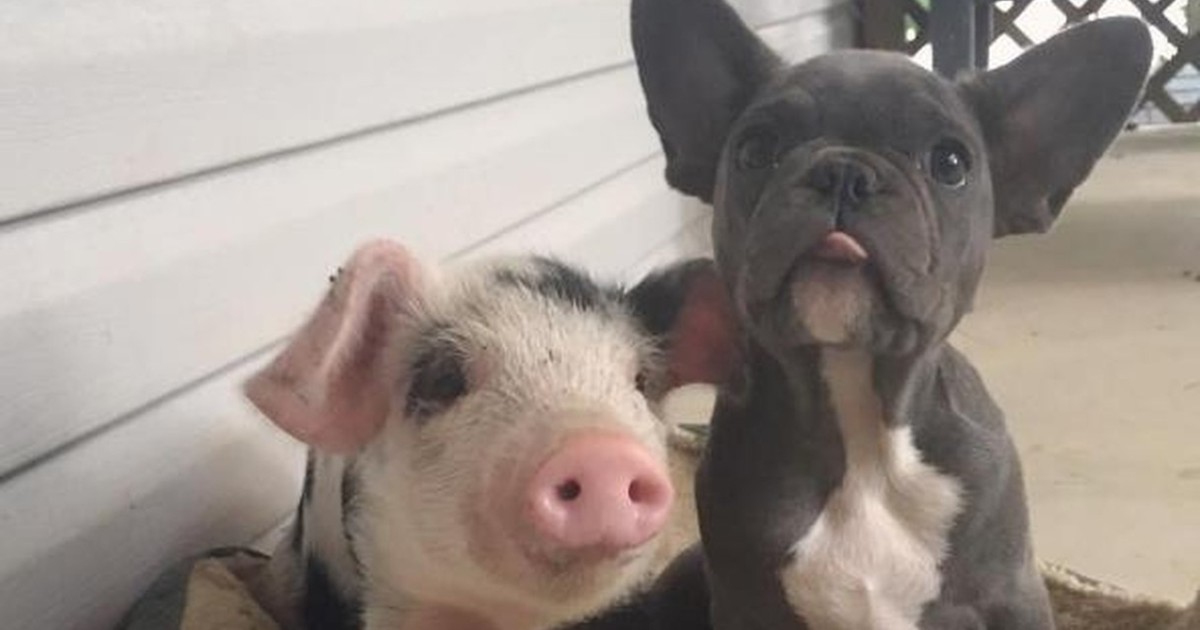 Friends make everything better. And it doesn’t matter if that special someone is a different species—life is simply better with a pal. When French bulldog puppy Keeva arrived at the farm where she lives, she was a little depressed. Life on the farm should have been fun, but the pig she was meant to be friends with was a real stick in the mud. But then something special happened. Keeva’s owners adopted piglet Peanut, and Keeva finally had what she’d always been missing—a best friend! The pair are a joy to see. And you’re not likely to find a cuter pair of friends than these two! Scroll down to see pictures of Keeva and Peanut’s adorable friendship!

Piper the pig’s owners adopted Keeva the Frenchie puppy to be a friend to their pig. But unfortunately, the two didn’t exactly hit it off.

Keeva was looking for someone she doesn’t need to poke and prod just to have some fun.

Until someone special came along in the form of a pig named Peanut!

Keeva’s owners rescued Peanut from life in a tiny cage where he was being raised for food. Once in his new home, Peanut was loved by everyone, and especially Keeva.

Now, the two are inseparable.

And they always have each other’s back…

Because that’s what friends are for!

Are these two best friends adorable? Share these picture with your friends so they can see them, too!