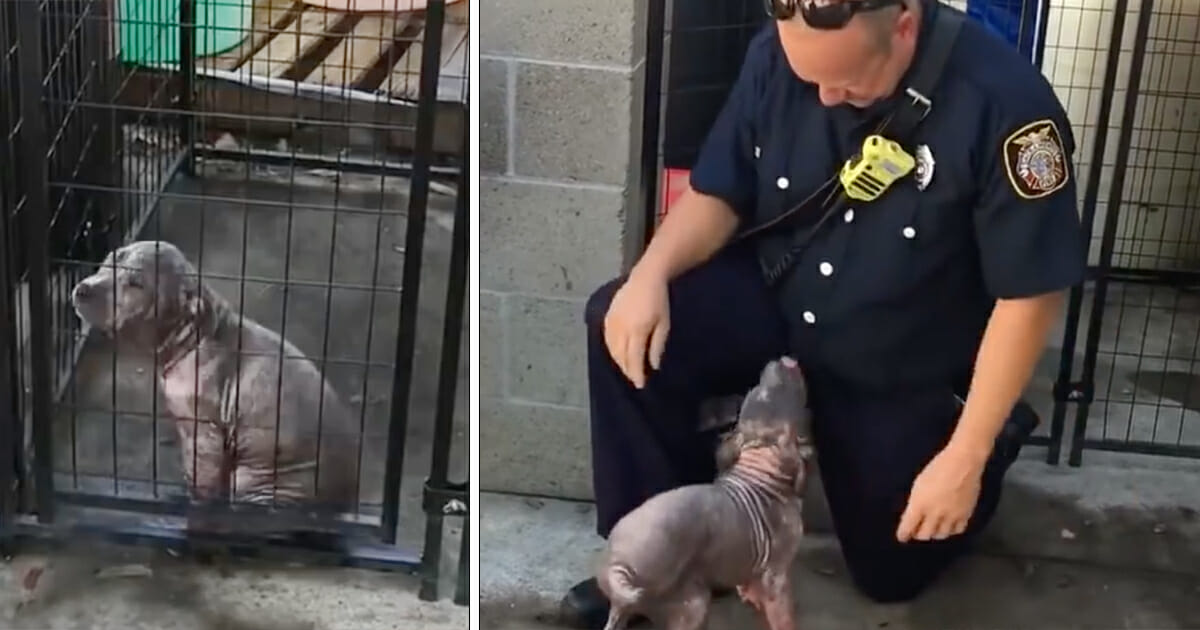 When you have a dog, you’re blessed with a life-long bond with a creature that wants nothing but to be around you; to please you and keep you safe.

And yet there is no end to the people who find it within their conscience to abandon dogs for one reason or another. Chunkie, a pup who was tied up and left in the rain, is one such unfortunate …

Fortunately for her, she was found by firefighter Mike Thawley from Fire Station 14 in Sacramento, California. Mike discovered her when she was sick and weak, tied to a post in the rain and left to die.

Mike couldn’t just leave her there, so he cleaned her up and took her to the Front Street Animal Shelter to be checked by medical staff.

It turned out Chunkie was suffering from the mange, and her skin was in a bad way. The people at the shelter got right to work, though, treating her afflictions and dressing her in warm clothing to protect her skin.

It was clear for all to see that Chunkie was relieved to have been saved, but she’d formed a strong bond with her rescuer, Mike, and so pined for him after he was gone.

The following day, however, firefighter Mike paid another visit to the shelter, and luckily someone filmed an emotional reunion. You can watch it below:

What’s more, Mike was able to adopt Chuckie into his own family not long after. Here’s to their new lives together!

What a fantastic tale of compassion and companionship.

Share this article to show your support for all the dogs of the world.