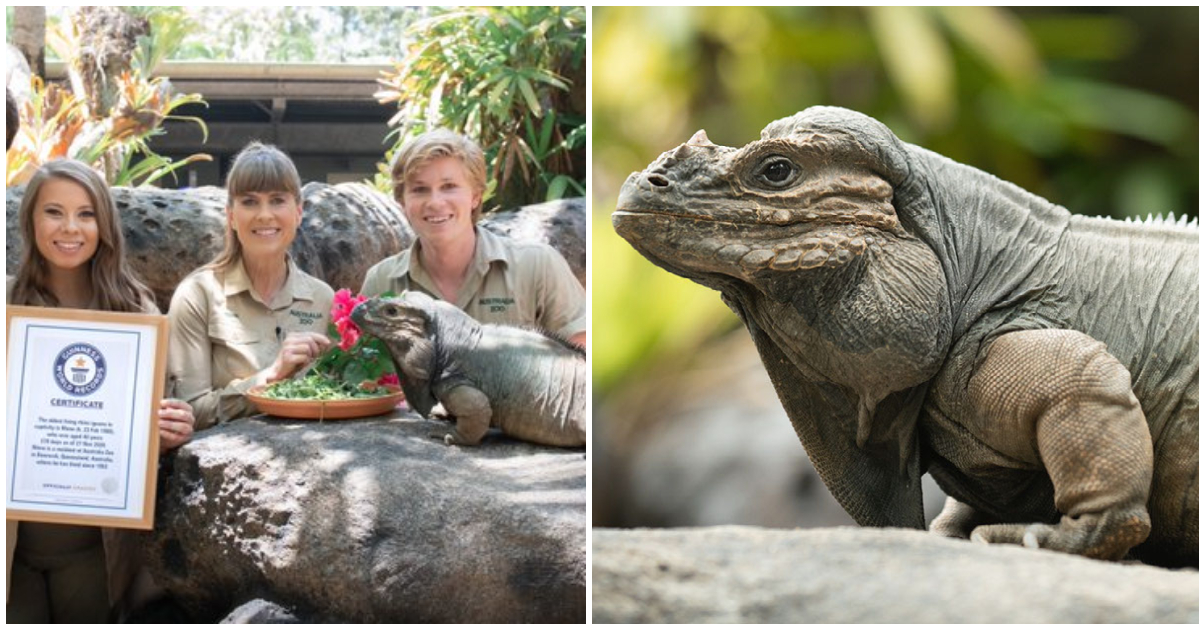 Steve Irwin, the beloved conservationist and star of The Crocodile Hunter, may have died in 2006, but his family has done a great job keeping his legacy alive by looking after animals.

Between saving thousands of animals during the massive Australian bushfires last year to caring for all kinds of wildlife at their Australia Zoo, the Irwins are always doing great work, and we’re always happy for their success.

And recently, they got some good news: one of the animals in their zoo, a rhinoceros iguana named “Rhino,” has officially earned a Guinness World Record title as the oldest rhino iguana in captivity.

According to Guinness, rhino iguanas in captivity have a life expectancy of 16-17 years. But Rhino has surpassed that by a huge margin: he is currently 41-years-old, almost double the lifespan of the previous record holder.

And he has a great life at the Australia Zoo, cared for by the Irwin family.

“[He] loves basking in the sun while eating his favourite treat, hibiscus flowers,” Bindi Irwin wrote on Twitter.

“We love you dearly, Rhino!”

The rhinoceros iguana is native to the island of Hispaniola. It gets its name from its resemblance to the rhino, between its typically gray skin to its distinct bony outgrowth that resembles a rhino’s horn.

He’s been part of the family ever since: Terri Irwin shared a photo of Rhino with her son Robert as a boy, saying the iguana was his “lifelong buddy.”

Having a record-breaking animal is always welcome news for any zoo or sanctuary: it’s a way to generate interest and publicity, helping them to shine more light on their conservation efforts.

And according to Guinness, this isn’t the only record the Irwin family holds. The Australia Zoo is also home to Forest, the world’s tallest giraffe.

And Bindi holds a record of her own: she’s the most followed TV naturalist/conservationist on Instagram, according to Guinness.

Congrats to Rhino, the Irwin family, and everyone at the Australia Zoo on this amazing achievement! Here’s to many more years!