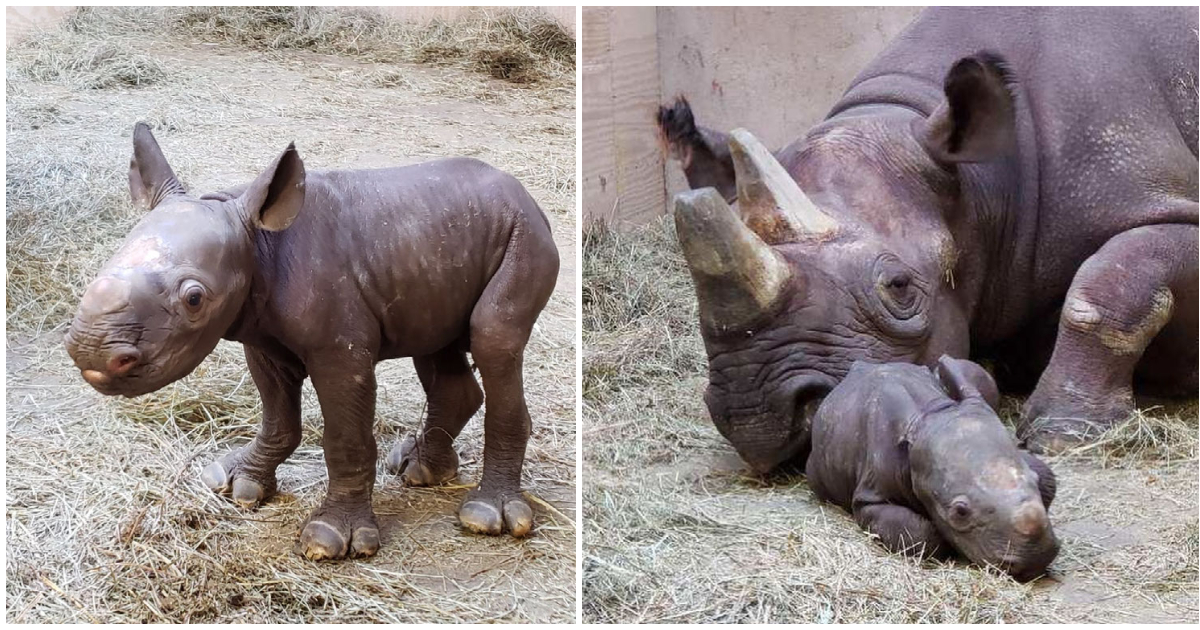 It’s always a special occasion when a new animal is born at the zoo, but the birth of one baby rhino is extra special — an unexpected and welcome surprise just months after tragedy.

The Sedgwick County Zoo, in Wichita, Kansas, is home to a herd of black rhinos. Since these rhinos are critically endangered, breeding is important to help repopulate the species.

A female rhino named Bibi was paired with a male named Klyde, and the mates had two breeding attempts, according to the zoo. But sadly, Klyde passed away in September. He was remembered as an “ambassador for his species” who had a “gentle demeanor and sweet personality.”

Sadly, he died before he could father offspring with Bibi — or so they thought.

But recently, the zoo got “quite a shock” when they realized Bibi was pregnant!

It turns out she had gotten pregnant by Klyde in October 2019, but had signs of cycling during the 16-month gestation that made them think the breeding was unsuccessful.

However, it turned out she was in fact pregnant after all.

“The animal care team was taken by surprise when lab results early last month indicated she may be pregnant,” the zoo wrote. “It was only over the past couple of weeks that Bibi’s behavior began to show that a baby may be on the way soon.”

It was a big surprise, but a welcome one. Bibi recently gave birth to a beautiful baby rhino:

It’s great news for so many reasons, but coming just a few months after the untimely death of Klyde, it’s a special and bittersweet moment.

“We couldn’t think of a better way to carry on Klyde’s legacy!” they wrote.

Both Bibi and her baby are reportedly doing well, and spending plenty of bonding time together. They will remain out of public view until the weather is warmer and their outdoor habitat can be “baby-proofed,” but for now they’re posting plenty of photos and updates about these beautiful rhinos.

What a beautiful baby rhino. We’re so glad he will be able to carry on his late father’s legacy, being an ambassador for this critically endangered species.