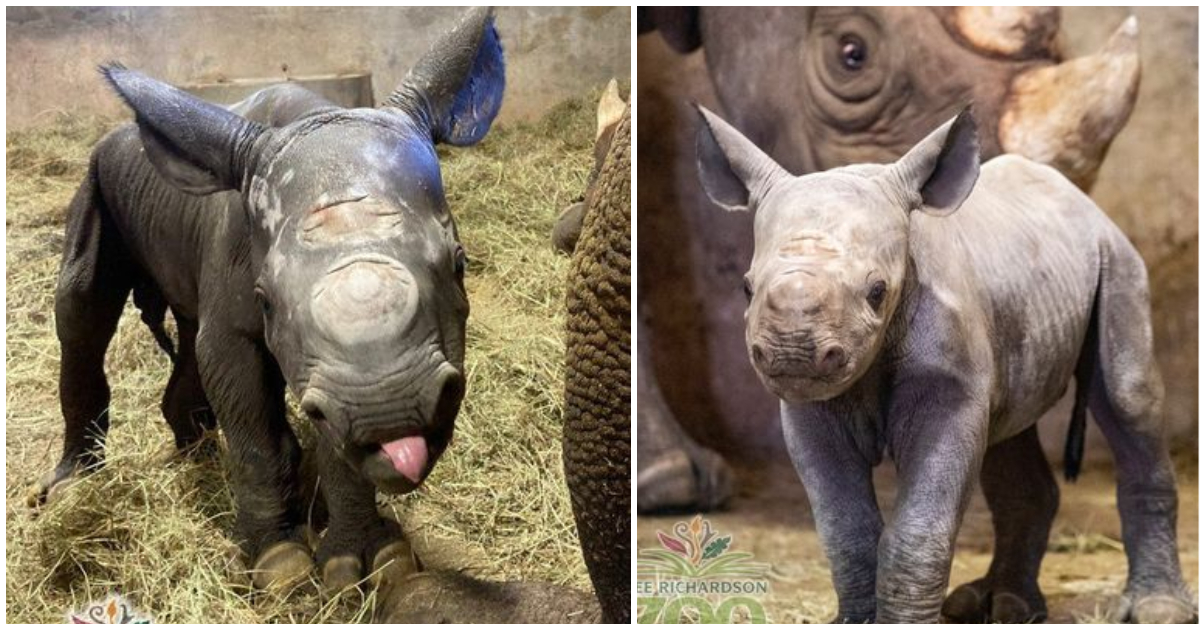 One of the most majestic animals in the wild is also one on the brink of extinction: the eastern black rhino.

Long a target of poachers due to its coveted horn, the eastern black rhino is now listed as “critically endangered” by the International Union for the Conservation of Nature. There are fewer than a thousand left on the planet, and are only found in Kenya, Tanzania and Rwanda.

So it’s always a milestone when one of these beautiful animals is born, inspiring hope that the species can repopulate and live on for generations to come.

Which is why the Lee Richardson Zoo, in Garden City, Kansas was excited to announce the recent birth of their newest baby rhino:

The baby rhino is the offspring of ten-year-old mother Johari and seven-year-old mate Jabari. According to the zoo, the rhinos were mated as part of the Association of Zoos and Aquariums’ Eastern Black Rhinoceros Species Survival Plan (SSP), a program to repopulate the rhino species in a sustainable and healthy way.

It’s Johari’s first child, and the zoo says the delivery went “very smooth,” and the mother and child are now bonding in a private indoor area.

“Animal Care staff are keeping a watchful and respectful eye over mom and baby, they report that Johari and calf are doing great!” the Lee Richardson Zoo says. “They will continue to bond in their barn until conditions are ready for them to enjoy their outdoor habitat.”

At just a few days old, the rhino already weighs 93 pounds and is exploring the world.

“The calf has been spending time following mom around, nursing, and sleeping,” the zoo wrote on January 28. “He has started periodically sparring with mom, investigating his surroundings, and snorting and shaking his head at keepers.”

The zoo reports that the Eastern black rhino are the rarest of just three remaining rhino subspecies, with only 740 in existence as of 2018.

The calf becomes the youngest, newest member of the species just days after Toshi, the oldest Eastern black rhino in North America, died at the age of 44 at Zoo Miami.

The adorable rhino calf will certainly become a favorite of visitors — the zoo is already getting fans involved by having them vote on the rhino’s name — and hopefully he will help educate people on this severely at-risk species.

What a beautiful rhino calf! It’s a step forward in repopulating this beautiful species that has been poached to near-extinction.