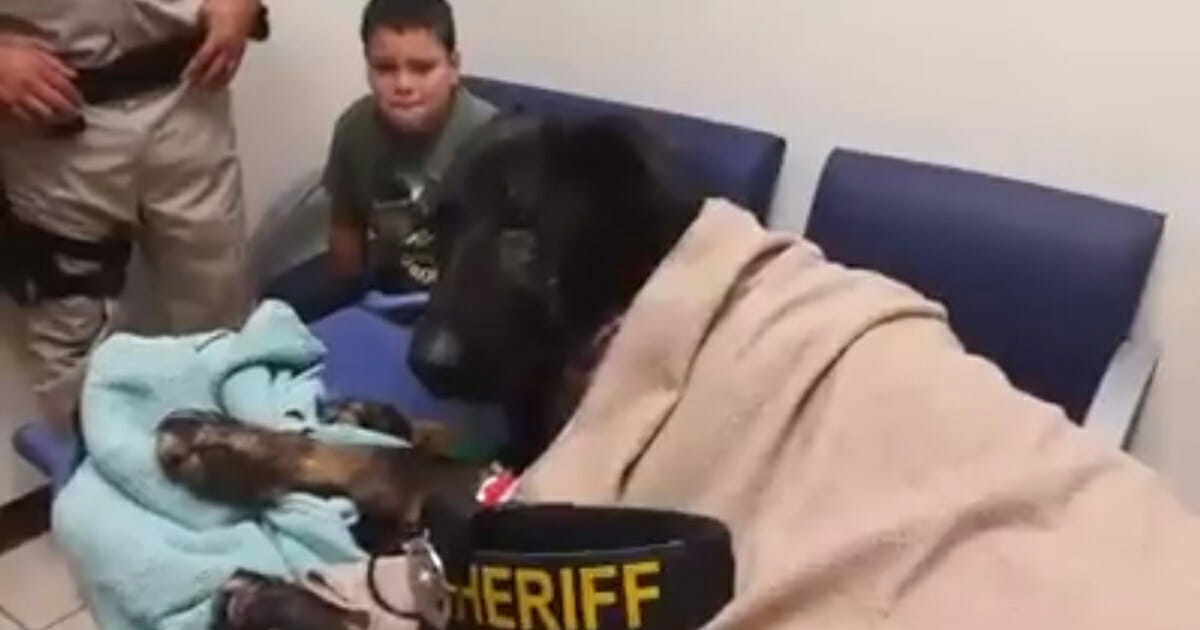 The worst day in any dog owner’s life is the day they’re told their beloved friend has to be put down. The bond between human and canine becomes so strong that it feels as though you are losing a family member.

And yet, often, there is no other option. To give your companion peace, and a release from pain, you have to let them go.

Of course, that doesn’t make it any easier to actually do.

German shepherd Argo had been trained by the Texas police and saved many lives over the years with his phenomenal efforts. Argo not only protected people, though, he also helped to fight crime by assisting officers in removing felons and their drugs from the streets of Texas. There can be no doubt that this most helpful of dogs was a loved and appreciated asset within the force.

Cruelly, Argo developed cancer. However, indicative of his nature, the canine wouldn’t give in without a real fight. He battled on bravely, though his condition deteriorated to the point where veterinarians advised it was best for him to be put to sleep.

Seconds before the procedure was due to take place, the phone at the vets started to ring. Present in the room at the time were Argo’s family members and officers from his precinct.

It transpired that the call was from the Hidalgo Country Sheriff’s Office – they were honoring Argo by giving him a radio call usually reserved to pay tribute to a fallen officer.

In the video, you can clearly see that Argo is ready to say goodbye. Despite being in a bad way, he does his best to react to the voice.

Watch the video to see the emotional farewell, below:

Argo has since passed, but at least he had plenty of time to spend with the people he loved.

Did this video touch your heart? If so, SHARE to pay tribute to this most valiant of dogs!