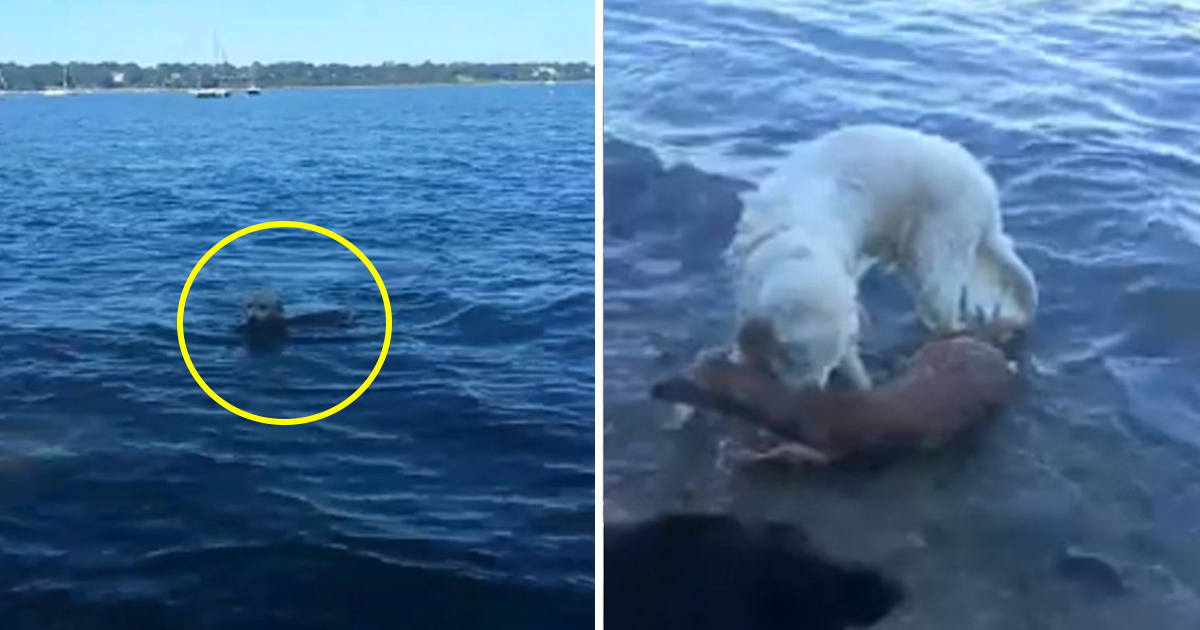 It started out like any other Sunday on Long Island Sound in Port Jefferson, New York.

But then, a golden retriever named Storm saw something unusual and decided to act.

The dog was walking along the water with his owner when he saw something struggling in the water. It was a baby deer — and she was drowning.

When Storm’s owner saw him run into the water toward the deer, he picked up his mobile phone and turned on the camera app. And what he caught on video is just incredible!

Storm swam straight out to the helpless baby deer — and pulled her onto dry land to make sure she was okay.

Once Storm had pulled the deer up on land, his owner called the Strong Island Animal Rescue League and asked what to do next.

Volunteers Frankie Floridia and Erica Kutzing told him to start walking the deer back to his car, where they would pick up the poor animal. But before either of them was able to get to the beach, the deer got loose again.

Frankie arrived at the scene first.

“Erica called Frankie for an update while driving and his panic stricken voice yelled out, ‘She’s back in the water! She’s too far out! She’s drowning! I’m going in!” the organization wrote on its Facebook page.

Then Frankie hung up.

Now, it was Frankie’s turn to rescue the poor deer. He swam out to the deer, where the water was over his head, and slowly brought her back to shore. Then, he and Erica brought her back to Erica’s car and drove her to the STAR Foundation, an organization that rehabilitates wild animals.

The deer’s caretakers think she’ll be back on her feet again soon and they’ll release her back into the wild when she’s ready.

It’s unclear why the baby deer jumped into the water in the first place — or where her mother is — but fortunately, she was twice saved from certain death…

By humans — and the wonderful dog, Storm.

There are so many amazing animal lovers out there. I hope the baby deer finds her mom and lives a long life that’s free from danger.