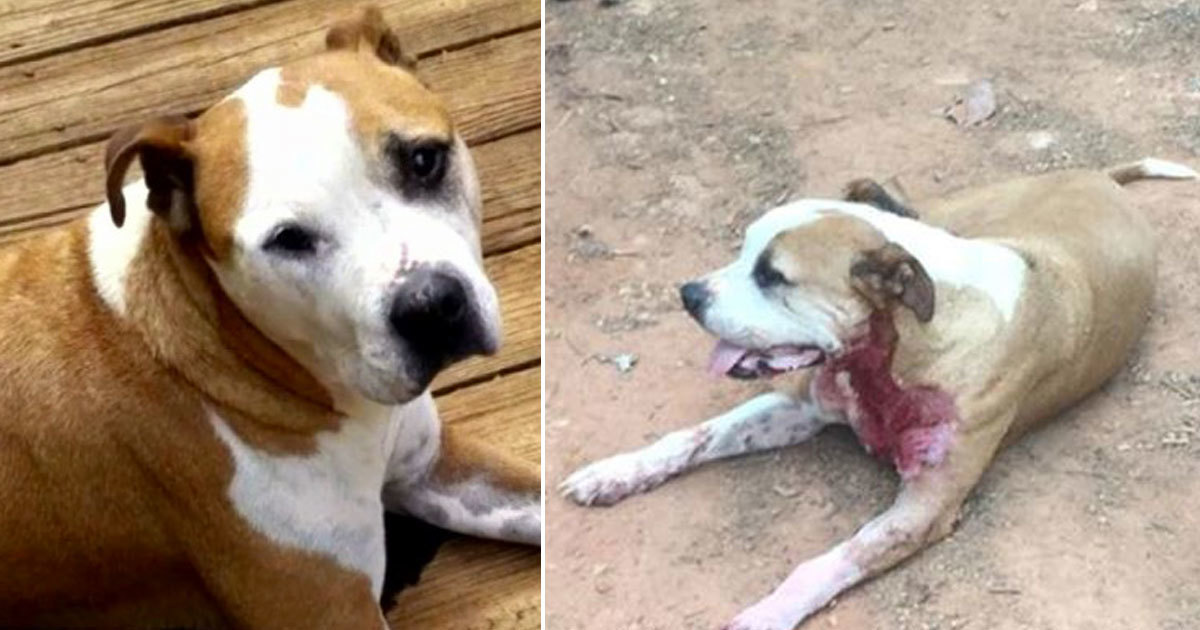 A stray pitbull is being celebrated the world over for his show of rare courage.

“Hero,” as he’s now called, has lived on the streets of Baldwin, Georgia for a long time. But when he saw a man pull a knife on a woman, the pit bull immediately intervened.

He stood between the man and the woman—a move that probably saved her life. But Hero was stabbed several times while protecting the woman and was left there to die.

Luckily, two police officers came along and took him to the nearest animal hospital.

The night staff at the animal hospital performed emergency surgery on Hero. And the dog manage to escape with his life, even though he had been stabbed five times and had lost a lot of blood trying to protect the woman.

“He collapsed several times. His gums were white, which meant that almost all of his blood was gone,” Carla Welch, founder of Tennessee-based Fighting for the Bullys Pit Bull Rescue, told Inside Edition.

According to Welch, Hero is well known in Baldwin. He has had several owners, but recently, he was living on the street.

After surgery, the dog was transferred to a welfare center in Knoxville, Tennessee.

“He gets a checkup every day. Hero has even gained 2 ½ pounds and loves his treats and belly rubs. He’s such a good boy,” Carla said.

As a tribute to his heroic effort, the pitbull was named Hero. And to cover all if his veterinary costs, a collection has been started online.

“Hero will get his second chance. He will get a fantastic family, and he will finally get his happily ever after,” Carla Welch said.

Please share the story if you also want to salute Hero for his brave effort!