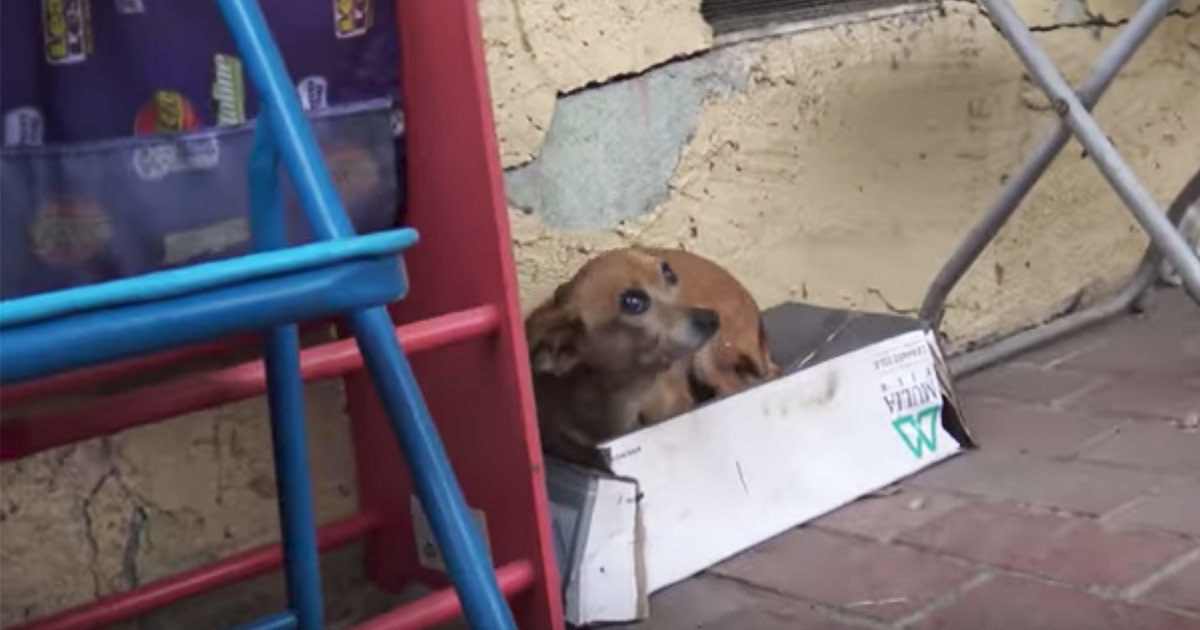 When the animal rescue organization Hope for Paws found out there was a dog was living all alone in a shoebox, it acted immediately.

But when rescuers lifted the little Chihuahua up, they realized that she wasn’t like other dogs.

Just because a dog is homeless doesn’t mean it isn’t hoping to find a new home.

So it was for a little Chihuahua who was nestled in a shoebox right in the backyard of a Los Angeles home.

For five months, a neighbor thought the dog belonged to the people next door, but when he found out that the dog was actually homeless, the man called animal rescue.

When they heard the story last November, Eldad and Loreta from Hope for Paws went straight to the house to save the little dog.

They found the little dog lying still in a shoebox in the rain.

First, they put a leash on her, and when they lifted her up, they noticed something special about her.

The dog, whom they named Princess, was missing one of her forelegs and didn’t look like she was able to walk properly. They wrapped her up in a towel, brought her to their car, and drove her to an animal hospital, where they gave her a warm bubble bath.

After Princess was cleaned up and had a hearty meal, a veterinarian examined her. It turned out, the little doggie was in surprisingly poor shape. She had a disease that left her constantly weak and tired.

Princess had anemia, which meant she didn’t have enough red blood cells or hemoglobin in her blood.

The vet kept her under her supervision for a few weeks until she was strong enough to get out of bed and start living the life that dogs are meant to live.

Soon, Princess was running around on her three legs and seemed to enjoy the people around her.

Then in March, Hope For Paws was happy to announce that Princess had found a foster home.

Check out the moment Eldad and Loreta rescue Princess from the street and then watch her transform in a happy, playful doggie here:

We’re so happy that these animal lovers found Princess and nursed her back to health! Please consider sharing the article with your friends and help us raise awareness about the important work that Hope For Paws is doing!