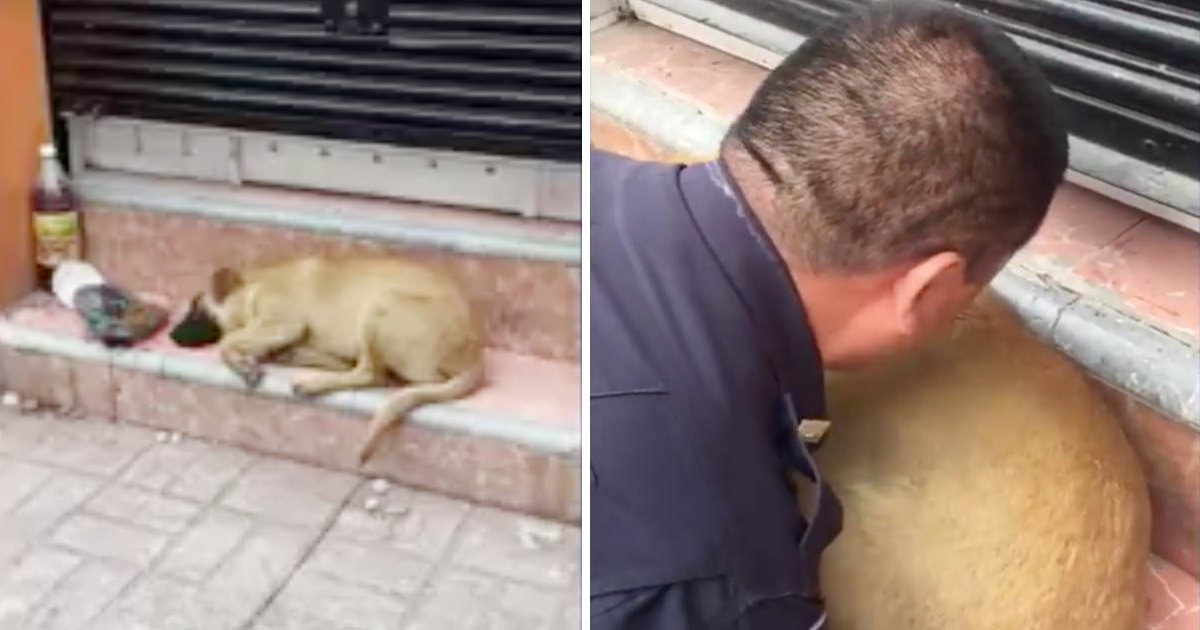 More than 300 people have died after the earthquake in Mexico last week. Thousands have had their homes destroyed and a lot of work is currently under way to help the people injured and to rebuild devastated areas.

But humans were not the only ones affected by this devastating tragedy.

Two days after the earthquake, police found a four-legged friend in desperate need of help. They were actually there to help people in the area but when they saw the dog lying there terrified on the street, they knew they had to do something, The Dodo reports.

The poor dog, who appeared to be a stray, looked only slightly injured physically. But she was so scared after the earthquake that she couldn’t walk. She was lying curled up on the street shaking in fear.

Police officer Gil and his colleagues decided to do something. They gently lifted her up and carried her to their motorcycle. Then they drove her to the nearest veterinary clinic.

At the clinic, it was confirmed that the puppy didn’t have any serious injuries. A little bandage and she was good to go.

Now all she needed to be happy again was to feel warm and safe. Fortunately for her, she was in good hands.

It didn’t take long before staff at the clinic understood what a wonderful and kind dog she was. The little puppy, who still had no name, loved candy and having her belly scratched.

Here’s the part of the story that really got to me. One of Gil’s colleagues was so touched by the fate of the dog — that he decided to adopt her.

Not only did these officers rescue the dog after the terrible earthquake, they also gave her a loving home so that she’d never have to live on the streets again.

Watch her rescue in the clip below.

I can’t begin to express how much this warmed my heart. Even in the worst disasters we can still make a difference — no matter how small.

I think the way we treat animals says a lot about us as people. And these officer’s actions show that they have hearts of gold. Please share if you agree!