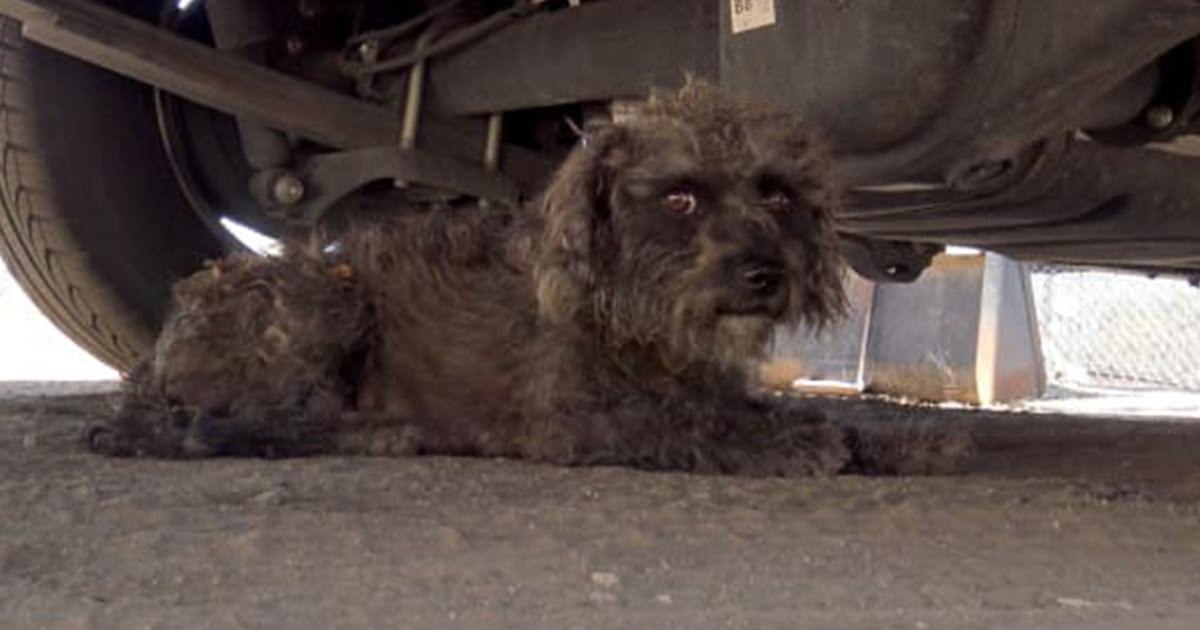 For several weeks, homeless dog Petunia lived out in a parking lot.

Staff from a local animal welfare organization attempted to rescue the frightened pup. But they quickly noted how hesitant she was to trust them. When they finally did manage to lure the sad dog out from under a car, they understood why she was so reluctant to emerge from her hiding place…

Read the positive end below.

At first, it appeared that the dog was simply to terrified and nervous to come out from under the car – not surprising based on the horrendous living conditions she must have become accustomed to out on the tough streets daily.

Petunia thus remained under a car, relatively safe in that environment.

Staff gently pet Petunia to calm her down, but the dog continued to fight against them and attempted to run away. Eldad Hagar, founder of the organization, at last gently but firmly held gently one of her paws to draw her out from under the car.

The pup was lactacting, meaning she had recently delivered a baby. And indeed, shortly thereafter and just a bit further out behind her, they soon discovered a tiny little puppy. Petunia was a mom, and she had simply adamently been protecting her baby.

Hidden in a small pile of leaves, the staff discovered her lonely, tiny puppy, who couldn’t have been more than three days.

Staff named the puppy Petals and took botyh mom and child to the animal shelter. Petunia and Petals could at last be together in a safe and healthier environment.

Both Petunia Petals and now live at the animal shelter, and hopefully they will get a new home soon. What’s certain is they will never be out on the street again, where no dog deserves to be!

Please share if you hope Petunia and Petals find the perfect home they deserve!