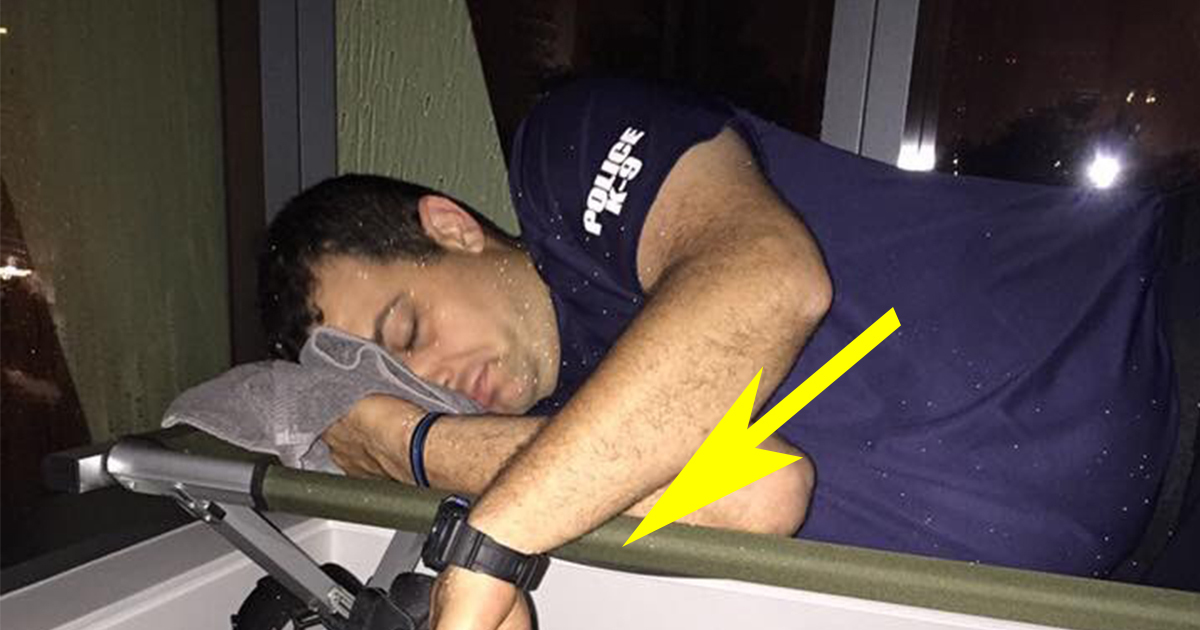 There seems to be no end to naturals disasters on our planet lately.

If you are living in a part of the world where natural disasters haven’t affected you, then you should count yourself lucky and be grateful.

In the Caribbean and Southern United States, September 2017, ordinary people and rescue workers alike have been fighting Hurricane Irma, which has caused an immense damage affecting humans, animals and homes.

But humans aren’t the only ones who have been saving lives.

The image above was taken after a police officer and his four-legged friend fought for over twelve hours in the midst of the wreckage of  Hurricane Irma.

Kenneth Somma and his dog Eddie finally can be seen getting some well-deserved rest. In the picture you see Kenneth sleeping while holding Eddie’s hand.

It’s hard not to be moved by the powerful photo.

I think many people don’t understand how difficult the job of police and rescue services can be.

The situations they are in can be hard physically and mentally. They put their lives on the line to make sure others feel safe in a time of fear and uncertainty.

Please share if you agree that dogs are man’s best friend and to honor all the brave police and rescue workers!